Mumbai: It is one legacy of the Cold War, a divided Korean peninsula that still remains divided and unresolved 70 years on. Thirty years ago, German reunification was possible on October 3, 1990. After years of bitter animosity, even the Americans re-established diplomatic relations with Cuba by reopening its consulate in Havana on July 15, 2015. People tend to remember World War I, World War II (WW-II) and even the Vietnam War (1960-1973), but not the Korean War that was fought between 1950 to 1953, five years immediately after WW-II. Hence it is often referred to as the “Forgotten War”, or the “Unknown War” or “Truman’s War”.

The 38th Parallel, the official boundary that separates the two Korea’s, is the most heavily guarded De-militarized Zone (DMZ) in the world. It is still one of the only United Nations Organisation (UNO) Command that is still active. In the South, the US forces support the South Korean’s in maintaining eyeball-to-eyeball watch on North Korean side. Ironically though there is no official signed Peace Treaty between the two Korea’s till to date.

The Japanese invaded Korea in 1910 and ruled Korea until the end of WW-II in 1945. After the bombing of Hiroshima on August 6 by USA, the Soviet Union in keeping with an agreement with the USA declared war on Japan on August 8 and entered Korea from the North.

In December 1945, both the US and Soviets agreed to administer the country temporarily, without asking the Korean’s themselves. Both the then Super Powers set up governments in their own halves that adhered to their respective ideologies. In the South, the US set up government headed by anti-Communist Syngman Rhee. In the North, the Soviets propped up a government headed by Kim II-Sung.

The Allies then had pledged to reunify the Korea’s, but did not specify the details. In the South, a United Nations Organisation (UNO) supervised election was held, which many observers considered it as fraudulent and unfair. The Soviets objected to it arguing that the US-USSR joint commission was in charge of Korea.

Kim II-Sung who till then was living in exile in the Soviet Union began beseeching Joseph Stalin for nod to invade South Korea. Then US Secretary of State Dean Acheson made it clear that America’s Pacific defence perimeter was restricted to Japan, Philippines, but implied did not include the Korean peninsula.

People’s Republic of China, Chairman Mao Zedong was weary of the Korean War and sought support of the Soviets to invade Korea. The American involvement had halted the Chinese moves to destroy the Kuomintang forces led by Chiang Kai-Shek which had retreated to Taiwan. It was only in mid-1950’s that Stalin approved the invasion of Korean peninsula.

The Korean war began at the dawn of June 25, 1950, with the 90,000 strong North Korean forces crossing the 38th Parallel accusing the South led by ‘bandit traitor’ Syngman Rhee of trying to cross it. Nearly, two-thirds of the 38,000 strong South Korean army was on leave. The North Korean forces swept through the South and its Air-force bombarded Kimpo airport in Seoul and capturing the city on June 28.

Initially the US did not allow the Chinese nationalist government of Chiang Kai-Shek to intervene fearing it might involve the Chinese. By then the US and Allied forces were driven by the North Koreans to a small corner in the South around city of Pusan.

US President Truman instead of seeking Congressional approval, approached the UN. Soviets had then boycotted UN Security Council (UNSC) as they were objecting to the exclusion of China (PRC) from the UN. There would be no Veto from the Soviets, the Chinese Nationalist government from Taiwan had occupied the Chinese seat in the UN. In the absence of the Soviets and China, and with Yugoslavia abstaining, the UN voted in favor of aiding South Korea. The war is often called as “Truman’s war also.

After landing in the South between September 15 to September 28, 1950, the US and allied forces recaptured Seoul and pushed the North Korean’s back beyond the 38th Parallel. However, the US push of the North Korean forces right up to the Yalu River that borders with China, which alarmed the Chinese. US General Douglas MacArthur did not help the cause either by advocating crossing the Chinese border and using the nuclear option as well.

This alarmed the Chinese and Chairman Mao wanted Stalin to support and delayed its deployment till October 19. Chinese assault began on October 25, 1950 under General Peng Dehuai who led the 2.70 lakh People’s Volunteer Army (PVA). At the Battle of Chosin Reservoir the entire US 7th Infantry Division was wiped out. The UN forces had to withdraw to Hungnam from where a Dunkirk style evacuation was carried out in late December 1950.

On January 4, 1951, the Chinese and North Korean forces had captured Seoul. After both the 8th US Army and X Corps were forced to withdraw, General MacArthur was removed from his Command post as he had exceeded his brief.

In July 1951, US troops tried to regain South Korean territory right up to the 38th Parallel. The Chinese also did the same with the British at the Battle of The Hook. A Ceasefire was established on July 27, 1953 and the frontline touched what is now the 38th Parallel. Hence the DMZ was set up around it.

The Korean War was the last major war where Propeller powered fighters like P-51 Mustangs, F4U Corsair were deployed. It was also a war in which North Korean’s used the Soviet built MiG 15i and the US deployed its latest F-86. The war was also known for the US Air-force (USAF) using the now banned, deadly and incendiary Napalm, thousands of gallons of which was dropped on North Korean settlements.

The USAF destroyed irrigation and Hydro-electric dams in the North. The war also witnessed untold savagery with both the sides killing innocent civilians and wounded soldiers. This led to amendments to the Geneva Conventions in 1977 that safeguarded civilian population from facing direct brunt of any war.

There still is confusion over the exact death toll of the Korean War, some peg it at 54,246 deaths. Chinese PVA (now known as PLA) lost 3.90 lakh of its men which also included Chairman Mao’s son Mao Anying.

The US which until then had avoided the Chiang Kai-Shek government in Taiwan, supports it till now. The Chinese for their war crimes were not diplomatically recognised by the Allied forces till the 1970’s. Korea before the WWI-I and Japanese invasion of 1910 was ruled by the Goryeo and Joseon dynasties.

It was not that after the German reunification of October 3, 1990, that there were not any attempts made to reunify the Korean peninsula. But with Japan becoming Pacifist after WW-II and disintegration of the Soviet Union, everybody seems to have forgotten the Korean reunification issue.

It was on June 15, 2000 that the North-South Declaration was signed. This was followed by the Panmunjom Declaration of Peace, Prosperity and Unification of Korean  peninsula in April 2018. In recent times, US President Donald Trump and North Korean Chairman Kim Jong-un had a summit meeting in Singapore in June 2018.

Relations between the two Korea’s were strained after the North Korean’s torpedoed South Korean naval ship ROKS Cheonan and bombarded Yeonpyeong Island, both in 2010. North Korea did participate in the 2018 Winter Olympics held in South Korea and had sent joint teams for the games.

South Korean president Moon Jae-in had proposed reunification of the Korean peninsula by 2045. But much of the younger generation of South Korean’s are less keen for a reunification with North Korea. 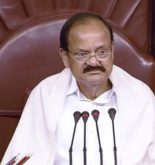 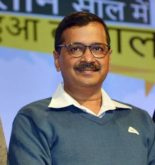 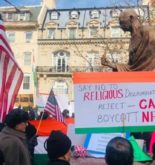