Indian Coast Guard has seized 88 packets of Charas worth 1.32 crore rupees from islands near Jakhau coast of Gujarat. According to official sources, the packets of narcotics have been recovered during patrol and search operations on Islands of Kutch on 17th, 21st and 22nd of this month. During the test by drug detection kit, the packets were confirmed containing Charas. Sources said that despite the adverse weather conditions, the team led by a daring Woman Officer as Captain of Hovercraft and landing party by rubber boats was directed for search operations on these islands.

Defense sources said that the team brought a great success by recovering a total 88 packets of charas worth 1.32 Crore rupees. Search Operations was conceived by Station Commander Jakhau under the supervision of Coast Guard District Headquarters -15 at Okha. Recovered 88 Packets of Charas have been handed over to Marine Police for further investigation.

AIR correspondent reports that Indian Coast Guard had recently commissioned a Hovercraft squadron at Jakhau to make the coastal security robust and is yielding good results. 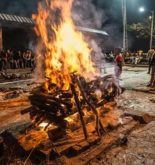 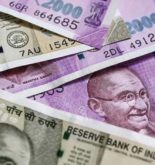 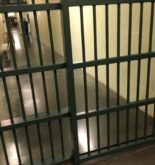