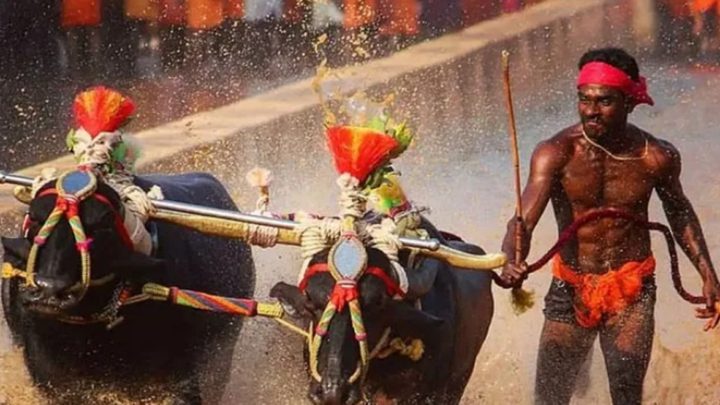 Ace Kambala jockey Srinivas Gowda cannot become an Olympic sprinter all of a sudden, said an organiser of the annual race on Saturday.

“Some may think that Kambala race may be far better than an Olympic race as it happens in a wet field with bare footed competitors, but Gowda cannot be an Olympic star all of a sudden,” Kambala Academy convenor and chairman Gudapa Kadamba told IANS.

He said Olympic sprints happen on synthetic tracks with participants wearing spiked shoes whereas Kambala athletes run barefoot alongside an animal in a wet field, holding a rope tied to them.

“We have to scientifically judge if Gowda like Kambala racers are eligible to run with spiked shoes on synthetic tracks and vice versa. Can an Olympic sprinter run in a wet field bare foot alongside buffaloes,” asked Kadamba, a Kambala sport administrator for the past 50 years.

Gowda (28), a construction worker, took just 13.62 seconds to cover a distance of 145 metre at the Kambala at Aikala village, about 30 km from Mangaluru. He took just 9.55 seconds to run a distance of 100 metres and netizens were quick to point out that he was faster that eight-time Olympic gold medallist Usain Bolt. Bolt currently holds the world record in the 100m race at 9.58 seconds in 2009.

Gowda has now been called for trials by the Sports Ministry after he set a new record as the fastest runner in the history of the traditional sport of the coastal region.

Resembling wind-assisted finishes in athletics, Kadamba said we cannot rule out the possibility of Gowda being aided by the pull of the running buffaloes as he sprinted alongside them, holding a rope fastened to the buffaloes.

Likewise, Kadamba said Kambala organisers have gotten the measurement of the race’s finishing stages accurate with laser beam network system and electronic timing, but it required some more work to gain precision and automation in the initial stages of the measurement.

“Actually, we have to measure the track first of all. The track is entirely different from place to place. So accuracy of the starting point also has to be perfect,” noted the retired Kannada literature lecturer.

Beaming with pride at Gowda’s feat, Kadamba said the government should be more practical while inviting him to Delhi to meet with Sports Authority of India (SAI) officials for a trial.

“The sports department should be practical because if you call Gowda on Saturday and ask him to come to Delhi on Monday, it is not practically possible,” said Kadamba reflecting on Union Sport Minister Kiren Rijiju’s tweet that a train ticket has been booked for Gowda on Saturday.

Rijiju tweeted, “Officials from SAI have contacted him. His rail ticket is done and he will reach SAI centre on Monday. I will ensure top national coaches to conduct his trials properly. We are team @narendamodi ji and will do everything to identify sports talents.”

Kadamba said Gowda is presently busy with the human-buffalo team running in different competitions till March 7 in multiple places, including Kasargod in Kerala, which will prevent him breaking away from the committed schedule.

“Gowda has given oral commitment to the buffalo team members. I don’t think he will break it and go to Delhi for SAI evaluation. Already four buffalo owners of different categories are dependent on Gowda,” he said.

Kadamba also said that somebody needs to accompany Gowda, who studied till seventh standard and cannot speak Hindi or English and is also not proficient in Kannada.

Interestingly, Karnataka Chief Minister B.S. Yeddiyurappa is planning to felicitate Gowda in Bengaluru on Monday, which Kadamba confirmed that Gowda will attend.

According to him, Gowda is right now super exhausted as the Kambala races stretch from 24 to 36 hours.

Mahindra Group Chairman Anand Mahindra also celebrated Gowda’s feat by tweeting, “Now either Rijiju provides him training as a 100m sprinter or we get Kambala to become an Olympic event. Either way, we want a gold medal for Srinivas.”

Kadamba also invited SAI officials to visit the Kambala Academy and see the training facilities. The academy is located at Shirlal and Miyar Kambala stadium in Udupi district, 370 km west of Bengaluru.-IANS News 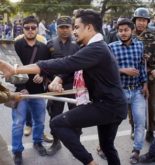 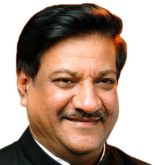