Winner of Grammy award, Country Music legend Charlie Daniels, best known for his monster 1979 hit ‘The Devil Went Down to Georgia,’ died Monday of a hemorrhagic stroke. He was 83.

According to a press release from his representatives, the acclaimed Country Music Hall of Fame and Grand Ole Opry member died at Summit Medical Center in Hermitage, Tennessee where doctors determined his cause of death.

Accumulating a slew of accolades and awards during his long career in music, including his induction into the Country Music Hall of Fame, the Musicians Hall of Fame, Daniels also became a member of the Grand Ole Opry. He also won a Dove Award for gospel albums and a coveted Grammy Award for best country vocal performance by a duo or group.

While, The Charlie Daniels Band had numerous hits and remained a staple in Country music radio, his most enduring hit was a tale of a young man named Johnny who challenged the devil to a fiddle-playing contest and came away with a violin made of gold.

In 1979, his ‘The Devil Went Down to Georgia’ was No. 1 on the country charts and No. 3 on the pop charts. It was voted single of the year by the Country Music Association.

A statement from Daniels’ representatives read, “Few artists have left a more indelible mark on America’s musical landscape than Charlie Daniels. An outspoken patriot, beloved mentor, and a true road warrior, Daniels parlayed his passion for music into a multi-platinum career and a platform to support the military, underprivileged children, and others in need.” In addition to his music, Daniels was a major advocate for several causes that were close to his heart including supporting the US military with The Journey Home Project, which he founded in 2014 with his manager, David Corlew, to help veterans.

Daniels told the outlet in 2019, “My manager, myself and some other people started this Journey Home Project to help — we’ve come to find out there is a great need for assistance by veterans who are returning from their service. Most of the people that we deal with haven’t gotten that.” He added at the time, “We all know the agencies that are tasked with helping our military people are bureaucracies that, by nature, grind slow. So there are immediate needs and slow bureaucracies, and we kind of step in and try to help out.” Daniels also worked closely with the Jason Foundation, a Nashville-based nonprofit started by a father who lost his teen son to suicide. Daniels previously said that after looking at the data, he knew he could help veterans and needed to educate people on just how close to the tragedy we might be at any given moment.

According to The Tennessean, Daniels is survived by his wife, Hazel, and son, Charlie Daniels, Jr.

Daniels, a singer and guitarist started out as a session musician, even playing on Bob Dylan’s ‘Nashville Skyline’ sessions. Beginning in the early 1970s, his five-piece band toured endlessly, sometimes doing 250 shows a year.

Daniels said in 1998, “I can ask people where they are from, and if they say Waukegan,' I can say I've played there. If they sayBaton Rouge,’ I can say I’ve played there. There’s not a city we haven’t played in.” During his career, Daniels performed at White House, at the Super Bowl, throughout Europe and often for troops in the Middle East.

He played himself in the 1980 John Travolta movie ‘Urban Cowboy’ and was closely identified with the rise of country music generated by that film.

A native of Wilmington, North Carolina, Daniels played on several Bob Dylan albums as a Nashville recording session guitarist in the late 1960s, including ‘New Morning’ and ‘Self-Portrait.’ 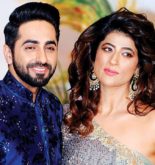 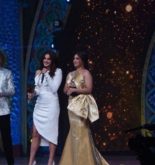 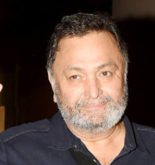