Uttar Pradesh Congress president Ajay Kumar Lallu, who was arrested in Agra on Wednesday evening by the Lucknow police, has been sent on 14 days’ judicial remand.

The Congress leader was brought to Lucknow, late on Wednesday night, and produced before a magistrate. He was taken for medical examination at the Civil Hospital in Mahanagar and then taken to a temporary jail.

He was arrested in a case of fraud and forgery, related to bungling in list of buses submitted by the Congress to the Uttar Pradesh government for bringing migrant workers.

Lallu was arrested immediately after he was granted bail in another case by the court in Agra on Wednesday. He had been arrested in Agra on Tuesday for protesting against the government’s refusal to allow movement of buses in the state.

Meanwhile, talking to reporters in Lucknow during his medical examination, Lallu said, “Such cases and jail sentences are a reward for a political worker. The government can heap cases on me and keep me in jail but they should provide immediate relief to migrant workers.”-IANS News 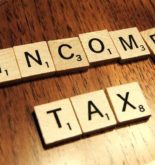 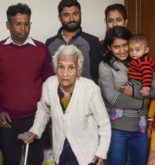 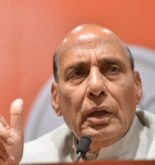