In a three-part series (Part three) – Xi Factor, Kunal Chonkar and Namrata Hasija provide a closer look of Chinese President Xi Jinping – a man who views the world from the standpoint of China, and China from a global perspective. Lesser known stories from his youth, to his rise in the party apparatus, sharp military acumen, consolidating total power, and  turning progressively tough and dictatorial.

Mumbai: On October 18, 2017, Xi Jinping’s report at the 19th National Congress of the Communist Party of China (CCP) said, “Once the CCP was established, it took the realization of communism as the party’s highest ideal and ultimate goal. It has taken the historic mission of realizing the great rejuvenation of the Chinese nation, united and led the people in an arduous struggle.” To the uninitiated, the ‘China dream’ would sound like the dream of 1.43 billion Chinese people. So, then what is China Dream? And why President Xi Jinping has repeatedly mentioned it right after he took over the reins of China.

China Dream, the book, written by Col. Liu Mingfu was published in 2010 which propounded a world post-American era led by China. The book provoked an international debate and also led to the current concept of China dream among Chinese leadership. Xi Jinping said, (People’s Daily, November 16, 2012) ‘The Chinese dream to realize the great rejuvenation of the Chinese nation’ quoting from the book in his very first speech at the meeting of the 18th Central Political Bureau Standing Committee on November 15, 2012.

Rejuvenation of the ‘Great Chinese Nation’ means taking back all the territories lost to the imperial powers during the Hundred years of humiliation (百年国耻). This is not the first time the Chinese leadership has used it to instigate nationalism among the cadres and people however, the current form of this dream has been popularised by President Xi. He has called it a dream of the people which needs to be achieved collectively and create a ‘common destiny’ of humankind.

The rejuvenation of the Chinese nation is of direct consequence to the East Sea or the Sea of Japan, the Senkaku Islands or Diaoyu Islands, South China Sea, Taiwan, and India’s Ladakh, Jammu & Kashmir and Arunachal Pradesh. All these territories are shown as part of China in the official maps and textbooks used in schools. Xi Jinping announced at the 19th Party Congress in 2017 that rejuvenation of the Chinese nation will be achieved by 2021; ‘Made in China’ — 2035; and by 2049, China would be a global power.

This rejuvenation is a part of China Dream which has a much larger connotation, it is a programme intended to build national power and China into a rival of the U.S. or capable of overtaking it. PLA modernisation as mentioned in the second part of the series is an important aspect to it which will be used to recover the lost territories.

This dream is a military dream as is evident from the picture above where Chinese seamen stand in formation forming six Chinese characters reading “Chinese dream, military dream” on the board of China’s first aircraft carrier – Liaoning.

China has also used its debt diplomacy to entice many nations in South Asia, East Europe and Africa to build a web around the world and use it strategically as and when required. The Belt and Road project which has been conceived and implemented entirely by the Chinese state machinery has proved to be a useful weapon for this. China has used its influence to use other country’s land for its PLA operations and build strategic ports. The overall Chinese ambition linked to BRI is staggering and is way more than what meets the naked eye.

Also Read: Xi factor: A leader to reckon with?

Another component the world needs to watch out for is the concept of ‘common destiny’ which looks innocent but has much more layers to it then the ‘global good’ projected by the Chinese leadership. As after the rejuvenation would come the next step wherein the world will have to adopt China’s alternative form of governance and values to democracy. On quite a few occasions Chinese experts have hinted at the failure of democracy in Africa and the Chinese style of democracy should be adopted. China has already started political party training in Africa as part of its ideological push.

The main purpose of the program is to educate African political parties on China’s experience in economic development and political governance.  This has not been limited to Africa but such training is provided to almost all countries where the leadership is close to the Chinese leadership, a recent example, being Nepal. In addition to this, China has carefully invested in its soft power and projected a positive side of China through media and movies with an investment of US $ 6.6 billion initially.

President Xi put these goals with a strict timetable in front of the world and presented an ever aggressive China, declaring that China is contesting for the number one position. However, this overtly belligerent attitude and moves brought it at loggerheads initially with the US. President Xi started facing inner party criticism and opposition after he paved way for his uninterrupted thirty-year rule.

A letter was circulated in media in April 2020 projected as being written by Deng Xiaoping’s son asking for Xi’s resignation along with questioning BRI and his strategic moves. With internal pressures from all quarters; ordinary Chinese, academics, students, senior Party cadres and officials combined with an economic slowdown due to Coronavirus and international backlash during the coronavirus, Xi Jinping instead of giving in came back strongly.

He formed a group headed by Guo Shengkun on April 17, called the ‘Safe China Construction Coordinating Small Group’. The group is to “Prevent and crackdown on activities that endanger the political security of the country”. Xi Jinping also refused to take back his aggressive foreign policy and upped the ante in the South China Sea, Taiwan and India.

With the National Security Law (NSL) passed in Hong Kong, President Xi has ticked one item in the list when it comes to rejuvenation of the Chinese nation.

With a hike in the defence budget and strong words at the NPC this year that the “The epidemic has brought a profound impact on the global landscape and China’s security and development as well.” He ordered the military to “think about worst-case scenarios, scale up training and battle preparedness, promptly and effectively deal with all sorts of complex situations and resolutely safeguard national sovereignty, security and development interests.”

More dangerous however is Xi Jinping’s dream articulated in The People’s Daily, an official newspaper of the Communist Party, that the of a fusion of the “Chinese Dream” with the “Dream of the Whole World of common destiny.” 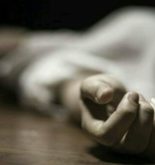 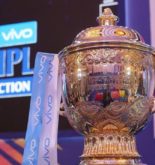 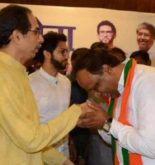