In a three-part series (Part two) – Xi Factor, Kunal Chonkar and Namrata Hasija provide a closer look of Chinese President Xi Jinping – a man who views the world from the standpoint of China, and China from a global perspective. Lesser known stories from his youth, to his rise in the party apparatus, sharp military acumen, consolidating total power, and  turning progressively tough and dictatorial.

Tempered by harshest environment and social conditions, Xi has been moulded under immense pressure. As the world converges against him, analysing his leadership style and personal character Xi will not go without putting up a strong fight

New Delhi: When Xi Jinping was elected as the Vice President of China in 2008 there was little doubt left that he was being groomed as the successor of Hu Jintao. The events before Xi Jinping’s succession especially the infighting and plotting between Party cadres to get a seat in the Politburo and the Politburo Standing Committee (PSC) (for example, the way Bo Xilai created a lobby of supporters for a seat in PBSC) and social instability with 180, 000 disturbances reported across China by Tsinghua University paper in 2010, required a strong leader to cleanse the Party and restore people’s faith in it.

An article in People’s Daily, 16 June 2014, called President Xi, as a leader who is rigid and soft at the same time. When it comes to discipline, even when he was the Secretary of Ningde prefectural committee he went after officials who had built illegal houses and punished the corrupt officials. However, he is very soft and sincere when it comes to family, elderly people and friendship. The article further says that he is a democratic leader which definitely does not ring a bell to people who have been following China under his leadership.

Xi Jinping from the word go proved to be a man of strong character with a vision as a leader for China. When Bo Xilai incident shook the Party to an extent that Xinhua reported that all the PLA cadres picked for the 18th Party Congress had blemish-free political reliability and record, Xi Jinping in his article in Qiushi (Party’s Theoretical Journal) dated July 2012 as the Vice President of China had already sounded the Party cadres that they should ‘uphold the Party’s principles, charter, goals and policies’.

As soon as he took over the Party reigns and his appointment to China’s three top posts, of General Secretary of the Chinese Communist Party (CCP), Chairman of the Central Military Commission (CMC) and China’s President, for the first time simultaneously in thirty years clearly indicated the strong support he received from the Party’s veteran and senior cadres.

He also made it very clear that he will take Hu Jintao’s conscious abandonment of Deng Xiaoping’s mantra of ‘taoguang yanghui’ or ‘lie low, conceal capabilities and bide time’ even more aggressively. Be it the South China Sea, Taiwan issue, incursions into India or the East China Sea issue all were pursued more aggressively by President Xi. He put a bold timetable for the first time in the history of PRC, inaugurated the “Belt and Road Initiative’ to help China become a global power and elaborated on the concept of ‘China Dream’.

To achieve his goals, President Xi, carefully consolidated his position in the Party by placing his men at key positions and tightened his grip over the People’s Liberation Army (PLA). Therefore, under Xi Jinping, the current thrust has been towards military reform oriented toward creating a more professional fighting force, aimed directly at winning a war, by focusing on the reorganization of its apex command management, its regional command structure and its uses.

Indeed, the loyalty of the PLA has been a continuing concern for the CPC leadership, with fresh worries about the nationalization of the military (that is, the concept of making the PLA a national army, rather than a tool for the CPC to wield). Writing in August 2015 in the PLA Daily, Ma Bo of the Academy of Military Sciences (AMS) looked at the various expositions of Xi Jinping on what he termed as the “Strong-Armed Forces Dream” and said that one of their key aims was to “correct the notion of depoliticised armed forces; that had been spread by netizens in the wake of the Third Plenum.”

President Xi gave the message loud and clear at the 90th anniversary of the PLA in 2017 by instructing that ‘the army follows the Party’ and by putting the Party flag before the Chinese national flag followed the Army flag he gave the message that Party is ahead of the army.

Along with this, a personality cult was developed around Xi Jinping, soon after assuming office. In sharp contrast to the coverage received by his predecessors Hu Jintao and Jiang Zemin in the official media, Xi Jinping has ensured that either his photograph or activities figure in China’s official media each day.

A visit to the Party school in Shanghai revealed how President Xi has been equated with Mao with photos all leaders between the two missing form displays. The anti-corruption campaign and cutting down lavish celebrations have won him praise even within Taiwan’s military officials who in a personal interaction revealed that he is the first honest leader PRC has ever got.

The immense popularity and aura created around Xi Jinping emboldened him and his supporters to get his ideology enshrined in the country’s constitution (first leader whose ideology has been enshrined while he is alive) by an amendment passed by the National People’s Congress (NPC) in March 2018.

During the same legislative session, the NPC also passed other amendments to the constitution, including one that abolished term limits for the country’s President and vice president; this change would allow Xi to remain in office beyond 2023 when he would have been due to step down.

This met with opposition from many in China who wrote that removing the checks put in by Deng, so that no all-powerful dictator emerges, Xi Jinping is sowing seeds of chaos and the reminiscences of fear of the Cultural Revolution resurfaced. President Xi ignoring the criticism moved ahead on clamping down his dissents and projecting China as the next superpower on the world map.

President Xi’s aggressive policies landed China into a trade war with the US and his rejuvenation of the Chinese nation antagonised India, Taiwan, Vietnam, Japan and the Philippines. Along with this came the deadly Coronavirus pandemic which eroded the Party’s credibility both domestically and abroad with immense criticism personally for Xi Jinping.

However, he is trying to draw back his reputation, by showing that he is very much in-charge, that China dream will be realised and the Chinese Communist Party (CCP) will continue to lead from the front. So we are seeing a tougher stance on Hong Kong, a tougher attitude towards Taiwan and India.

It is not the first time he has faced pressure in his life, he has seen his father being purged thrice and has worked as a peasant during the cultural revolution despite being a princeling. Even after this he kept his faith in the Party and slowly worked his way to the top. Yes, he is under immense pressure currently but analysing his leadership style and personal character President Xi will not go without putting up a strong fight. 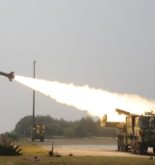 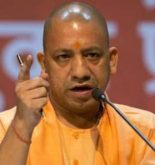