City Police Chief Singh asked to file reply by the HC on Tuesday after a plea of contempt has been filed over the reinstatement of four policemen who are facing trial for the alleged custodial death of Khwaja Yunus. Sachin Vaze and three others were reinstated by Singh, despite both inquiry and judicial trial pending in the matter, states the plea

Mumbai: A contempt petition has been filed in the Bombay High Court against Mumbai Police Commissioner Param Bir Singh over the reinstatement of four policemen who are facing trial for the alleged custodial death of Khwaja Yunus, a suspect in Ghatkopar blast case.

A review committee, earlier this month headed by the city police commissioner Param Bir Singh despite pending preliminary inquiry, ordered reinstatement of the four-policemen in the police services. Immediately after the order Sachin Vaze assistant police inspector is reinstated in the crime branch of Mumbai Police.

On Monday, Asiya Begum, mother of Khwaja Yunus, filed the petition through senior counsel Mihir Desai, in the Bombay  High Court and stated that the reinstatement of the policemen amounted to willful and intentional defiance and non-compliance of the directions and orders passed by the High Court in April 2004.The Bombay High Court in its order of April 2004 had directed the state government to suspend the four policemen immediately and start disciplinary inquiry against them as they have been prima facie found to be involved in the offence, the petition said.

Vaze and three other constables Rajendra Tiwari, Sunil Desai and Rajaram Nikam are presently facing trial on various charges, including murder and destruction of evidence, for the alleged custodial death of Khwaja Yunus in 2003. However, the review committee headed by the City Police Commissioner reinstated them into the services despite pending departmental inquiry and the judicial trial.

The petition states that till date no departmental inquiry was initiated against the four policemen, or if initiated, no report has been submitted. The plea also states that the four-policemen including Vaze were under suspension from 2003 -2004. It is also stated that suspended Vaze assistant police inspector in the year 2008, had tendered resignation and joined a political party Shiv Sena. In 2019, the said political party Shiv Sena came to power in Maharashtra and in June 2020, the review committee purportedly reviewed the decision of suspension and recommended revocation of the same.

The contempt action has been sought against Amitabh Gupta, principal secretary in the state Home department, Superintendent of Police, State CID Nasik Unit and Home Department of the state of Maharashtra.

The petition has sought the court to direct the state government and police to withdraw the reinstatement order dated June 5, 2020 and place the four under suspension .It has also sought a direction to the police to initiate a departmental inquiry against the four personnel and submit a report expeditiously .It also sought the court to impose a cost of Rs one lakh on the respondents to the petitioner.

Yunus (27) was arrested on December 25, 2002 under the now repealed Prevention of Terrorism Act (POTA) along with three others in connection with a blast that took place on December 2 in Ghatkopar. He was last seen on January 6, 2003 by the men arrested with him, who later informed a special POTA Court that Yunus was severely tortured by the police in lockup. The police, however, claimed Yunus had escaped from the lockup. 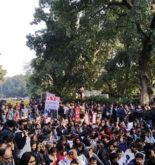 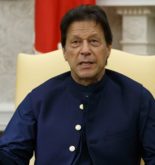