Delhi police on Friday said they have registered an FIR against senior journalist Vinod Dua for allegedly “making statements conducing to public mischief” on the complaint of BJP spokesperson Naveen Kumar.

In his complaint to the Crime Branch, Kumar accused Dua of “spreading fake news” through “The Vinod Dua Show” on YouTube. Dua said, “I have not yet been contacted by the police. I cannot react to it at this point.” Dua was also accused by Kumar of “misreporting” on the Delhi communal violence and stating that the “central government had done nothing to stop the violence”.

Kumar has alleged that Dua had called the prime minister “toothless”. “The journalist Mr Vinod Dua has blatantly lied or has misinformed his viewers about the series of events. There are also a series of old instances where bizarre and unfounded allegations have been made against the government, police and political leaders. The reporting’s full of false content misleading context…(sic)” Kumar said in his complaint.

A case has been registered under IPC sections 290 (punishment for public nuisance in cases not otherwise provided for) and 505 (statements conducing to public mischief) and 505(2) (statements creating or promoting enmity, hatred or ill-will between classes), police said.-Inputs from PTI 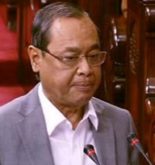 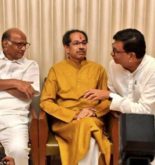