All the production activities in Mumbai were suspended in mid-March in the wake of the coronavirus pandemic. There were reports that CINTAA and FWICE called off shootings of some TV shows, which were scheduled to start from Tuesday, after IFTPC failed to meet their demands for insurance cover.

In a virtual meeting held among the three bodies, IFTPC agreed to provide two sets of insurance coverage. A joint statement said that a death cover of 25 lakh rupees due to COVID-19 and hospitalisation cover of 2 lakh rupees will be provided uniformly across all hierarchy of the cast and crew.

Apart from the insurance, IFTPC also assured that every precautions as per the government’s guidelines will be put in place to ensure utmost safety for the entire cast and crew. The 90-day cycle for payment in the TV industry has often come under scanner with many in the industry asking for it to be done away with, especially amid the coronavirus pandemic. In the meeting, a decision was also taken to reduce the period of credit for cast and crew from existing 90 days to 30 days for at least the first three months. IFTPC, CINTAA, FWICE and the broadcasters announced that the shooting will now begin immediately. 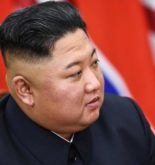 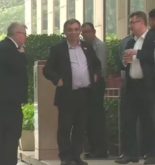