The Social Justice and Empowerment Ministry has sought a report from the East Delhi Municipal Corporation on the death of a sanitation worker while cleaning a deep sewer in the national capital on Sunday.

Based on the EDMC’s report, the next course of action will be decided. It would be a gross violation of Supreme Court guidelines if manual cleaning of the sewer was really carried out instead of using machines, ministry sources said.

“In Delhi alone there are 200 machines available for sewer cleaning,” they said.

The SJEM has also sought a detailed report from the Delhi Police in the matter, they added.

SJEM’s Economic Advisor Yogita Swaroop, who is monitoring the scheme to rehabilitate and provide vocational training to manual scavengers, said immediately after she learnt about the incident she wrote to the Delhi government’s social welfare department asking for details.

“I am continuously following up with the authorities concerned about the unfortunate incident and all the needful will be done to ensure that the family of the deceased gets adequate monetary compensation from the authorities responsible,” she said.

The sources said the Supreme Court had made it clear that the onus of providing compensation to the family of such persons who die while cleaning sewers lies with the concerned state government. They have to either pay on their own or by making the contractor who engaged the worker do so.

The sanitation worker, Ravi (24), died after inhaling toxic fumes while cleaning a 15-ft deep sewer near the BSES office at the Central Business District (CBD) ground in Karkardooma, police had said.

Another worker, Sanjay (35), who went inside the sewer to rescue Ravi suffered from suffocation and is now admitted in a hospital, they said.

The workers were not provided safety gear while doing the job, they added.

According to the sources, under the Prohibition of Employment as Manual Scavengers and their Rehabilitation Rules, 2013, manual cleaning of sewers or septic tanks is totally banned even if the persons doing it have protective gear and safety devices.

They said even if written permission is granted in exceptional circumstances for manual cleaning, the rules specify that the worker should wear safety gear, carry protective equipment, including oxygen supply.

An ambulance should be kept on standby to handle emergencies, the manhole or septic tank covers should be opened three hours before the commencement of the cleaning job to drive out poisonous gases, and at least three persons should assist the worker who enters the manhole for cleaning, they added.

The rules also state that in case of unfortunate death of such a worker, it is mandatory for the state government concerned to provide a minimum ex-gratia of Rs 10 lakh to his family. Besides, the police have to file an FIR and prosecute those responsible for his death, the sources said.-PTI news 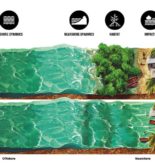 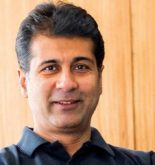