African-American man George Floyd, whose death in police custody has triggered nationwide protests in the US, had tested positive for the novel coronavirus on April 3 before he died on May 25, according to a full autopsy report.

However, the 20-page report by the Hennepin County Medical Examiner’s Office released on Wednesday, noted that the infection was not among the factors that caused the 46-year-old’s death, reports Efe news.

Floyd was “known to be positive for 2019-nCoV RNA on 4/3/2020” and the “autopsy result most likely reflects asymptomatic but persistent PCR positivity from the previous infection”, the report added.

“PCR positivity for 2019-nCoV RNA can persist for weeks after the onset and resolution of clinical disease,” which explains why the disease was detected during the autopsy, according to the report.

Chief examiner, Andrew Baker, has found that Floyd had several injuries, including “cutaneous blunt force injuries” on his forehead, face, and upper lip.

He also had “mucosal injuries” inside his lips, “blunt force injuries” on his shoulders, hands, elbows, and legs.

The examination also found “patterned contusions of the wrists”, caused by restraints due to handcuffs.

It said Floyd suffered from some underlying conditions like “arteriosclerotic heart disease”, “hypertensive heart disease” and an “incidental” tumour on his left pelvic.

Two autopsies have found that Floyd’s death was a homicide. However, they differed on the question of the cause of death.

Hennepin’s medical examiner ruled that the death was caused due to “cardiopulmonary arrest” when Floyd was restrained by several police officials on May 25.

An independent autopsy commissioned by Floyd’s family found that he died due to “asphyxiation from sustained pressure”.

According to the forensic exam, “neck and back compression that led to a lack of blood flow to the brain” was found to be the cause of death, Floyd family attorney Benjamin Crump, who specializes in civil rights cases, told reporters on Monday.

That autopsy was conducted by forensic pathologists Michael Baden and Allecia Wilson.

They said in their report that “weight on the back, handcuffs, and positioning were contributory factors because they impaired the ability of Floyd’s diaphragm to function”.

Passersby made videos of the incident with their mobile phones that show a Minneapolis police officer, Derek Chauvin, kneeling with his full body weight on Floyd’s neck after he had been handcuffed and placed facedown on the pavement.

During the first several minutes, Floyd complained that he could not breathe and pleaded for help.

He then lost consciousness, although Chauvin remained kneeling on his neck for several minutes.

On Wednesday, the attorney general of Minnesota, Keith Ellison, said the charge against Chauvin has been upgraded to second-degree murder from the charges of third-degree murder and manslaughter leveled against him on May 29. 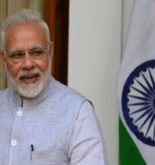 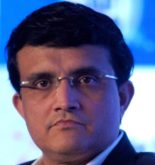