Mumbai: Dairy farmers in Maharashtra have started series of protest demanding higher milk price from the government. In the third phase of its protest the dairy farmers on August 1, under flagship of the All India Kisan Sabha (AIKS) poured milk on streets across the state. The AIKS led protest entered its third phase with its leaders accusing the government of cheating both the farmers and consumers over the milk rates.

The farmers intensified their protest as the ruling government of Maha Vikas Aghadi (MVA) led by Uddhav Thackeray the Chief Minister had promised amid lockdown to pay Rs.25 per litre and purchase of 10 lakh liters milk per day for the cooperative dairies  however Thackeray government failed in fulfilling the promise given the dairy farmers.  Instead they procured  6 lakh liters per day from the farmer and also paid Rs 17 per litre.

Dr Ajit Navale General Secretary (Maharashtra) of the AIKS told TheNews21 that if the government does not listen  the protest will intensify more and may affect the cities like Mumbai and Pune.

“We are asking Rs.30 per litre for purchase of cow milk and Rs.40 per litre for buffalo milk which was the price before lockdown. We are asking Thackeray government to give subsidy of Rs.10  directly in the dairy farmer’s bank account. The government procures milk from farmers of their cooperative dairies however approximately 76% private dairy cooperatives can be also part of procurement of milk from famers. This way farmers are directly benefitted not the middle man or the politicians associated with the dairy cooperatives, ” said Dr Navale .

He also added that if the government purchases milk at the lower price from dairy farmers then why the end consumer is not benefitted . ” The government is cheating farmers by not paying the assured prices and also consumers are buying milk in the same rate of before lockdown. “ 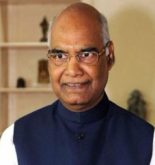 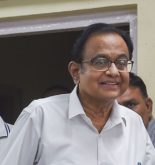