Mumbai: In these times of Covid-19 when some Hindu families did not dare to do the last rites of their deceased, Muslim brethren from the famous Bada Kabrastan in Mumbai have stepped forward to give the departed souls a decent cremation. Not one, not two, but more than 300 Hindu corpses have been cremated by these Muslim activists following Hindu traditions to perfection.

Iqbal Mamdani and his team of volunteers from the Bada Kabrastan perform the Hindu customary last rituals to perfection. They place a necklace of Basil (Tulsi), tie the Bier (Tirdi) properly, then lay the corpse on funeral pyre (Chita), circle the funeral pyre with an earthen pot on the shoulder with the hole from which water flows through and then the Mukhaagni given.

Mamdani shows all the last rites are shown to the family members on WhatsApp video call from his mobile. Some even request for bone ash (Asthi) which his team delivers to the homes of the deceased. Not a single penny was charged for it. Instead, when Bhatji (priest) asks for the Dakshina to do last rites, the team has given it from their pocket. The Bhatji gives instructions while keeping a distance and the Muslims wearing Namaji hats are chanting Hindu mantras and lighting the funeral pyre.

When the six, dressed in typical Muslim attire arrived at the Oshiwara cemetery for the first time carrying the first Hindu corpse from Cooper Hospital, the cemetery staff was terrified. But they had a valid death certificate. There was a letter from the hospital and a video message from the family. The crew at the cemetery was ready. On the first day, the Muslim activists faced a new problem. But with instructions from cemetery workers and Bhatji present, they carried out the funeral.

Even among Hindus, there is no single type of practice, there are many practices. They followed every custom as told by the family. In one family, there was only a daughter left. No relatives were willing to come forward, Iqbal Mamdani took the girl to Banganga and performed the Asthi immersion of the girl’s father.

Chants of ‘Ram Naam Satya Hai’ could be heard in Mumbai at the funeral of 300 corpses. But behind Iqbal Mamdani his colleagues were there to help which include Shoaib Khatib, the chairman of the Bada Kabrastan. He did not even think of his own religion while cremating the Hindus. He disposed off not only the corpses of Hindus but also the corpses of some Parsis and Christians according to their religious rites.

Iqbal Mamdani despite losing wife on Saturday told thenews21 that, they were disposing of Muslim corpses as well giving them due burial. Then it was noticed that many corpses were lying in the morgue. We asked the doctor. they said, these are the corpses of Hindus. No one is ready to come. Municipal staff is also declining to perform last rites now.

Mamdani asked them, “Will it be ok if we do this?  We will do it their way”.” What better thing than this. Just take the legitimate permission Then only you can do it”, the Doctor said. After receiving all those permissions, the team has been working continuously for the last four months since April and now July.

Initially there was a problem with the ambulance or the hearse. If relatives are not coming forward to claim the bodies of the Covid victims, where will they get an ambulance? Mamdani and Khatib then found the faulty ambulances lying around. They repaired, modified and now they are working continuously. Khatib Bhai, Iqbal Bhai and their entire team do not charge a single rupee for this work. They cover all the expenses themselves. Some philanthropists have helped them in their noble cause.

They do not take money from the relatives. “People are already in financial crisis because of the lockdown. How to ask them for money for the last rites?”, asks Iqbal. He and his colleagues and the 200 Muslim youths involved in this work are working regardless of their families. The worst of times has brought out the best of people.

The team began their humanitarian work in the first week of April. Ten teams were formed and were assigned to Chandanwadi, Shivaji Park, Reay Road, Oshiwara and Aarey Milk Colony crematoriums. Iqbal said his teams wrap up the bodies as per the current protocol with the help of the police and the hospitals, take them to the crematoriums, and stay on till the last rites are completed.

Iqbal said “wife was my support system and due to her I was able to do good work. I was working in corona corpses and she contacted it. I got reward in the form of love from people for doing some work. today I got message from the people I don’t know. this is power of good work. people praying for my wife despite no relation”.

There is no shortage of people who spread hatred in the country Hindus and Muslims, but there are also people like Iqbal Mamdani who selflessly do good work. Why give up hope? 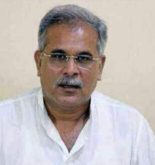 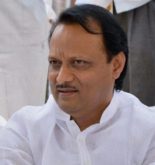