Srinagar: Jammu and Kashmir Police on Thursday claimed to have arrested three youths who had purportedly posted photographs on the social media holding guns and announced that they had joined militant ranks. The trio was arrested from Gujarpatti Ganbugh area in Sogam Lolab in Kupwara district of north Kashmir.

During search operations, he said, there was a brief exchange of firing but all the three youths were caught alive along with as many weapons. The arrested are residents of Shalgund, Lalpora, of Kupwara.

It may be recalled that last Wednesday night, the pictures showing the trio holding weapons had gone viral on social media. Little did the trio realize their act would immediately catch the attention of the security forces, which wasted no time in swooping on them and flushing them out from their hideouts along with a rich haul of arms and ammunition. 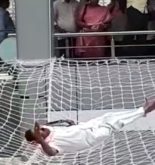 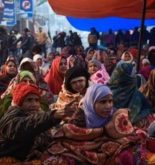 The author is a young journalist working in the field since the past 6 years. He has covered politics and human interest stories including war-like situation the Kashmir valley.