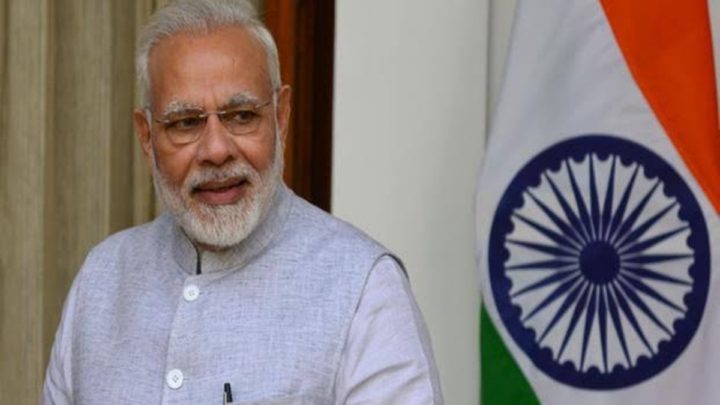 Sub: Indian government should not proceed with any trade deal with USA that is detrimental to farmers’ interests – India should get USA to stop its threats to/disputes against our producers in the WTO

Namaskar! This is to express our deep concerns with regard to the interim trade deal being negotiated with the US government by the Indian government, and the eventual free trade agreement that this is supposed to pave way for. This $10 billion dollar deal (= >71000 crores) is supposed to be a precursor to a Free Trade Agreement being negotiated with the USA. Reports suggest that American negotiators are demanding for the removal of tariff and non-tariff barriers to facilitate access to the Indian market for major crops including corn, cotton, soybean, wheat and nuts.

We had earlier welcomed and appreciated the bold step that you took of getting out of the RCEP (Regional Comprehensive Economic Partnership) negotiations, and one of the main reasons there was related to the interests of our dairy sector farmers.

Indian dairy sector consists mainly of small and marginal holders, landless livestock rearers and women farmers and this deal has a direct bearing on 15 crore livestock farmers (many of whom own only one or two animals) who depend mainly on dairy for their livelihood. We also have milk producers’ own cooperatives having the largest market share within our market. We are now shocked that the upcoming trade deal with the USA is also around giving access to Indian markets for American dairy! There is also the contentious and unacceptable issue of animal feed that has non-vegetarian and GM crops based components added. Further, it is not just the dairy sector that is under threat from this Indo-US deal.

THREAT TO OTHER AGRI-PRODUCERS IN INDIA

We understand from reports that the American government and businesses are interested in opening up our market for wheat, corn and soy imports, in addition to import duty reduction on cotton, chicken, apple, walnut, almonds etc. For instance, it is cotton farmers who are mostly committing suicides in India, and any threat from subsidised cheaper cotton imports from the USA should be thwarted.

There is also the issue of the American produce of much of its exported material being of the transgenic kind. Any imports of such transgenic products into India, of corn or soy or canola or cotton or apples are not acceptable to us – there are concerns about biosafety, especially with herbicide tolerant/glyphosate-tolerant crops.

USA IS THREATENING OUR FARMERS’ LIVELIHOODS IN THE WTO

What’s more, in these trade deals, our farmers are being made to compete with heavily subsidised American producers without a level playing field being created. The US farm bill 2019 allotted $867 billions as subsidy for American farmers! On the other hand, an OECD study shows that the aggregate Producer Support Estimate to Indian farmers is (-)14% over 2000-2016!

The ratio of investment on agricultural infrastructure in India and the US is of the order of 1:100000 dollars. With subsidies of the kind that America continues to provide because of the rigged rules of WTO and with this kind of infrastructure investments, the production cost of producers there is low, and competitiveness is higher. Trade injustice faced by our farmers is stark and unacceptable, as is apparent.

The current situation is not positive, even though USA seems to be getting concessions out of Indian government in the name of a huge trade imbalance between the countries and India seemingly negotiating a restoration of benefits under the Generalised System of Preferences (GSP) for duty-free entry into American markets after meeting eligibility criteria laid down by the USA. The average duty concessions accruing to India is reported to be around $240 millions in 2018 on exports worth $6.3 billions (12% of India’s total exports to the USA). There is no guarantee that India would get GSP back as a result of this FTA.

The government will have to face huge farmers’ protests if India goes ahead with any violations to farmers’ rights in the form of Intellectual Property Rights (IPR) regime changes that curtail farmers’ seed rights etc. at the behest of American interests.

We are urging you not to go ahead with any trade deal with the USA that involves agriculture and that threatens our farm livelihoods, or erodes our seed rights/freedom. If the Indian government proceeds with unfair trade deals that don’t take into consideration the various issues pertaining to our farmers here, farmer movements like ours will be forced to intensify our agitations against such anti-farmer policies. However, we are hopeful that the same sentiment that made you take the wise decision of stepping out of RCEP negotiations will prevail in this case too and we urge you to ensure that no trade deal is negotiated and signed that is detrimental to our farmers’ interests. 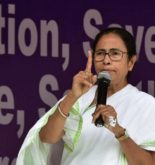 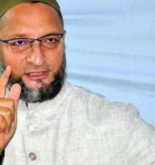 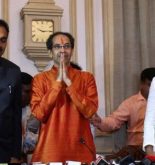