Cabinet reshuffle of Modi 2.0 Govt is expected to be held in July

New Delhi:  Prime Minister Narendra Modi is eagerly finding out colleagues who can think out the box and can be inducted in the union cabinet. The sources in Modi government confirmed that the much-awaited cabinet reshuffle of Modi- 2.0 is likely to be done in the first week of July. Gopal Shetty and Suresh Prabhu would be the two faces from Maharashtra who could be most probably inducted into Modi-0.2 cabinet. Raosaheb Danve and Sanjay Dhotre are likely to be replaced by Shetty and Prabhu.

The cabinet reshuffle was scheduled in March this year. However, due to corona pandemic, it was delayed. The source said, PM Modi, has now finalised to reshuffle and expands his cabinet in July.

Danve is the Minister of State for Consumer Affairs and Food and Public Distribution whereas Dhotre is Minister of State for Human Resource Development, Communication and Electronics & Information Technology. Danve represents Jalna LS constituency whereas Dhotre represents Akola LS seat. Modi is likely to show both of them the way to out from his cabinet due to their poor performance.  Danve was also removed from the union cabinet within a year by Modi during his first tenure.

Suresh Prabhu is a member of Upper House of the Parliament and was elected in Rajya Sabha from Andhra Pradesh in the year 2016. Prabhu had held the position of railway and energy minister in late Atal Bihari Vajpayee government.

Also Read: Is there a possibility of mid-term polls in Maharashtra?

Prabhu had represented Rajapur LokSabha constituency as a member of Shiv Sena. He quit the Sena and joined Bharatiya Janata Party (BJP) on November 9, 2014.

Gopal Shetty is the second-time Member of Lok Sabha from Mumbai North constituency. Before that, Shetty had represented the Borivali assembly constituency for two consecutive terms. Shetty is likely to be inducted as Minister of State.

Meanwhile, another possible name who are likely to be inducted as Jyotiraditya Scindia from Madhya Pradesh, Arun Singh from Delhi, KV Kamath, Om Mathur, Saroj Pandey

Scindia has been recently elected as Rajya Sabha member last week. Originally, Congressman, Scindia left the party and joined Bharatiya Janata Party (BJP) and give away BJP to regain power in Madhya Pradesh led by Kamal Nath by bringing his government in minority. After Kamal Nath resigned as Chief Minister, Shivraj Sinh Chouhan came back as CM of MP. Cabinet ministerial post is considered as the gift to Scindia.

An RSS man, Arun Singh, who belongs to Uttar Pradesh, is Chartered Accountant by profession and at present National Secretary of the party. He is also in charge of Odisha since 2014. He was director of State Bank of India and Union Bank for seven years and had served as a consultant for World Bank and United Nations Projects.

Also Read: In Gujarat Congress struggles to survive not just against Coronavirus

K V Kamath was the former chief of the New Development Bank of BRICS countries. He had served as Chairman of Infosys Limited a Non-executive Chairman of ICICI Bank. Kamath is expected to be given cabinet rank and portfolio of finance and planning. Currently, these portfolios are handled by Nirmala Sitharaman against whom, it is said that BJP ruled states are not happy. 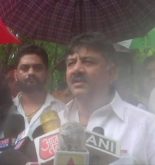 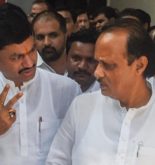