Popular Marathi actress Priya Berde is likely to join Nationalist Congress Party (NCP). According to a report by esakal.com, she will be inducted in the party on July 7 in Pune in the presence of MP Supriya Sule. Priya Berde is not the only one to join the NCP. Along with her actor Siddeshwar Jhadbuke, lavani dancer Shakuntalatai Nagarkar, actress Suhasini Deshpande, actor Vinod Khedekar, writer-director Dr Sudhir Nikam and producer Santosh Sakhare will also be starting their political career with the NCP.

While speaking to the Marathi newspaper, Sakal, she said Pune is an important city for her as Laxmikant Berde Foundation, which was started in memory of her husband, conducts a lot of work in the city and her children are also studying there. “Hence, I will start my new work from here,” she told the leading daily. 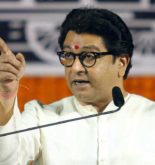 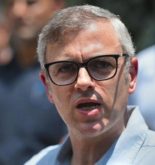