New Delhi: Overlooking its own expansionist policy and claims on foreign territories, China called India’s change of status to the region of Jammu-Kashmir as ‘illegal and invalid’. The latest attack from China on Indian territories of Jammu-Kashmir and Ladakh came on 5 August, while New Delhi was recognizing the anniversary of abrogating Article 370. The statement against India was made by China while responding to a question raised on the abrogation anniversary by the international media.

Chinese Foreign Ministry continued its opposition to Prime Minister Narendra Modi-led government’s decision saying that ‘any unilateral change to the status quo’ in Jammu and Kashmir is ‘illegal and invalid’.

Beijing’s spokesperson Wang Wenbin said that ‘China follows closely the situation in the Kashmir region. Our position is consistent and clear. This issue is a dispute left over from history between Pakistan and India. That is an objective fact established by the U.N. Charter, U.N. Security Council resolutions, and bilateral agreements between Pakistan and India. Any unilateral change to the status quo is illegal and invalid.’ Wang added that ‘the Kashmir issue should be properly resolved peacefully through dialogue and consultation between the parties concerned.’

Tactfully avoiding any comments on the Union Territory (UT) of Ladakh, China called upon India to initiate dialogue with Pakistan on an alleged territorial dispute on the region of Jammu-Kashmir.

Wang was quoted saying ‘Pakistan and India are neighbors that cannot be moved away. Peaceful coexistence serves the fundamental interests of both and the common aspiration of the international community. China hopes that they can properly handle the differences through dialogue, improve relations, and jointly safeguard peace, stability, and development of both countries and the wider region.’

Meanwhile, an over-protective Beijing refused to respond to questions on a new map issued by Pakistan. Wang said that ‘I have already stated China’s position on the Kashmir issue and I will not repeat the statement.’

Beijing continues to strongly oppose New Delhi’s move recognizing Jammu-Kashmir and Ladakh as UTs. However, under the leadership of President Xi Jinping, China continues to promote and support political changes in the Pakistan-occupied region of Kashmir, Gilgit-Baltistan, and Balochistan. 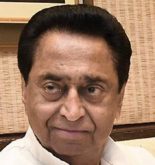 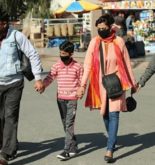 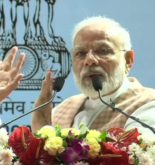