Mumbai: So the maxim goes that money spent on education never goes a waste. Our current spending on education in ratio to Gross Domestic Product (GDP) is just 3.8447%. The New Education Policy (NEP) intends to raise it to 6% of our GDP. Contrast to those countries like Slovak Republic spends 94% of their GDP on education, Poland 75% and Israel 51%.

In most of the South-East Asian countries like Singapore, anybody holding the portfolio of Education is viewed or rather regarded as the future Prime Minister of the country. Because he is considered to be doing an onerous task of shaping and nurturing the future generation of the country.

Same cannot be said about in India where the educational qualifications of a Human Resource Development (HRD) minister are often the butt of the joke. This is because debates on education in the legislature and parliament center more on salaries and burdens of other non-academic workload. Never is there any debate on why we lag behind in academic brilliance.

Our current Defence expenditure is about 71.1 billion US$ which ranks us as the fourth largest nation spending on Defence. It is not that we say here that Defence should not be the priority, but we spend equally less on other critical sectors like Agriculture, Health and Sanitation as well.

Education in our country has been the most heavily politicized and caught in bureaucratic red-tape. According to a former Maharashtra Education minister, 90 percent of his department work was related to court cases. Almost most of the budgetary allocations went towards salary and non-education related subjects, leaving very little funds for infrastructure upgradation.

A regime change and a new government trying to do something are instantly meant with criticisms like ‘Saffronisation of Education’. All that we have been able to do in the last seven decades is change the academic patterns. But the system has remained by and large the same.

There are still schools in rural India which are categorized as ‘one teacher schools’, where one teacher teaches students of more than one grade. Most schools in rural India lack basic amenities. For a country that is harping on Digital India, digital connectivity, the need to switchover to Online learning during these Covid-19 times has exposed how woefully inadequately we are prepared.

No matter how many times we change our academic pattern from 10+2+3 to 5+3+3+4, unless we neglect spending on education, it is not going to help much. Just as learning in one’s own mother tongue is important, so is the need to impart modern knowledge. For that some courses, syllabuses, exams like M.Phil. and others like it which serve no other purpose of imparting any life skills and serve as a source of livelihood.

Our education, especially Higher and Technical Education still remains the most expensive. That in itself has given rise to a new vicious cycle of Educational Loans. That explains why more and more students opt to study medicine and engineering in Russia and former Soviet Republics where higher education is dirt cheap.

Although Donations have been banned, they have acquired new forms like ‘acceptance fees’ or ‘building development fund’. Most of the private and unaided educational institutions are strongly politically connected which resist any form of external regulation. Even the regulatory bodies like Parents-Teachers Associations (PTAs) and other government bodies appear toothless as privatization of education has meant subversion of these regulatory bodies.

Neglect of research and investment in critical high end sectors like Semiconductors, Nano technology, molecular biology, genetic engineering, space research, patents, stealth technology, production and assembly lines is now hurting us. China may be hated now for spreading the Coronavirus, but through its Hundreds and Thousand Talent Programs it often used deceit to acquire high end research and try to reverse engineer it.

We have been guilty of nurturing and retaining talent, which is why graduates from IIT’s in Semiconductors search for jobs in countries like the USA. Next to Indian’s, there are maximum number of Chinese students thronging campuses of US university campuses. While the Chinese ensure and offer huge sums for researchers to set shop in China, same cannot be said about our government.

At present our Education policy and other allied policies are less of student centric and more geared towards creating an eco-system that survives on parents and students and one that is creating more and more education barons, rather than Dr A P J Abdul Kalam, or a Vikram Sarabhai. It is a system that ignores talent and rewards incompetence and gives rise to nepotism. 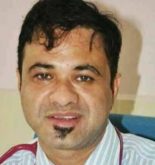