For better part of the early 1950’s the People’s Republic of China (PRC) had accepted the Indo-Tibetan border and did not question its alignment. After the signing of the Sino-Indian treaty over Tibet on April 29, 1954, better known as the Panchsheel Agreement, China began to show its ‘cartographic aggression’ on Indian territory, states the Col. A A Athale report on ‘Official history of the conflict with China, 1962’.

According to previous Sino-British treaties, China could not enter into any treaty with Tibet without the consent of the British government, in good faith to secure for the Tibetans the autonomy which they had enjoyed throughout and to ensure cultural and religious freedom for them.

As per the Sino-Tibetan agreement of 1951 which is also referred to as ‘The 17 Point Agreement’, the British had made it clear once more that their (Tibetan) interest arose from its proximity to India and that interest was now vested with the Indian government.

“But once the Sino-Indian agreement of 1954 was concluded, China had gained from India all that it could wish for. The agreement had served the Chinese purpose and it could now ignore the agreement itself”, stated the report. That explains the brutal, bloody and repressive Chinese crackdown on Tibet that forced the Dalai Lama and his followers to flee to India.

As a gesture of goodwill towards China, India under the Panchsheel Agreement “relinquished all the extra-territorial rights in Tibet exercised by the British government in India under the treaty of 1904, and recognised Tibet was a region of China”.

The real intentions of the Chinese came to be known in July of 1958. The official publication – ‘China Pictorial’ showed large areas of North-East Frontier Agency (NEFA) (now Arunachal Pradesh), except for Tirap frontier division, Ladakh, Uttar Pradesh, Himachal Pradesh, and even parts of Bhutan as part of China.

Some Chinese maps suddenly began showing 93,240 Sq. Kms (36,000 miles) in the North-Eastern frontier and about 31,080 Sq. Kms (12,000 miles) in North-Eastern Ladakh as being within China. Between April, June and September of 1956, Chinese troops trespassed into Indian territory in Himachal Pradesh, Uttar Pradesh and Ladakh

India all along had been doing was to cultivate friendly relations with China, but the latter responded with a policy of duplicity. While hatching covert plans to grab Indian territory, it professed aloud friendship with India. India adhered to the Panchsheel as a code of international behavior, China treated them merely as a temporary device of diplomacy”.

The Sino-Indian treaty of 1954 which was named as ‘Agreement on Trade and Intercourse with Tibet region, April 29, 1954’, was as per United Nations records valid for eight years, subject to extension for six months, prior to its date of expiry.

China which until now had not objected to the McMahon Line, suddenly changed its stance on March 22, 1959 with Premier Chou En-lai declared to Prime Minister Jawaharlal Nehru that “the Chinese government dissolutely does not recognize the so-called McMahon Line”. In a letter of December 14, 1958 to Pandit Nehru, Chou En-lai even went to the extent of saying that he had never heard of this line before.

If Chou En-lai’s statements were anything to go by, then Chairman Mao Zedong made China’s intentions even more clear. “In Mao’s smile, Tibet was a ‘Palm consisting of five fingers, namely, Ladakh, Nepal, Sikkim, Bhutan and Assam, the whole of which was to be liberated”, said the report.

Also Read: Be it 1962 or Ladakh 2020, bellicose China has used global crisis as cover-up of its internal strife

Behind the scenes, China wanted to exchange recognition of the McMahon line for India giving up her claim to Aksai Chin. In other words, China wanted formal acceptance of the status quo as the solution of the border problem.

In terms of the proofs, documents and maps of the Tibetan region that India had in its possession and which were handed down to it by the British prior to its Independence, China had not got any hard evidence. India had also brought forward evidence even from Chinese sources to confirm the border alignment shown by India.

Hence in order to negate the strong Indian claim, China began to harp on ‘British Imperialism’. The intention behind it was to tug the anti-Imperialistic sentiments amongst some Indians provoking them to oppose and also support the Sino-Indian treaty of 1954.

Since December 1959, China had been directing their efforts at seizing more Indian territory, whenever possible and creating evidence in support of their 1960 claim, by pushing forward the Line of Actual Control (LAC).

Former Army Chief, General V P Malik in one of his recent tweets summed it up perfectly “China has most flexible policy on its territories and sovereignty. It can pick up any past century in its history to claim its territorial boundaries. That probably is President Xi Jinping’s China Dream of becoming a global power. Watch out”.

India’s northern borders that stretch from north-west tip of Jammu and Kashmir to north-east point of Arunachal Pradesh (NEFA) had a settled look for close to 3,000 years. While India claims the entire length of the Sino-Indian border to be about 4,250 Sq. Kms including the 482 Sq. Kms Bhutan-Tibet border. Sino-Indian frontiers are very sparsely or not at all inhabited because of the very high altitudes and inhospitable climate. 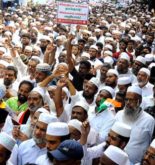 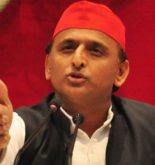