New Delhi: In scoring another first for the Arab world, the oil-rich nation of the United Arab Emirates on 31 July announced the commencement of its Barakah nuclear power plant. The development comes soon after the UAE’s launches of the Arab worlds first-ever probe to the red planet – Mars.

He further added that the development ‘ is a historic milestone for the nation with a vision set to deliver a new form of clean energy for the nation’. His tweet was coupled with a photograph of technicians raising their arms in celebration.

The UAE premier and ruler of Dubai, Sheikh Mohammed bin Rashid Al-Maktoum, also seconded the celebration with a tweet reading that efforts at Barakah (nuclear plant) had ‘succeeded in loading nuclear fuel packages, carrying out comprehensive tests and successfully completing the operation’.

The UAE started loading fuel rods into the reactor at Barakah in February, after regulators gave the green light for the first of the plant’s four reactors, opening the way for commercial operations. The plant on the Gulf coast west of Abu Dhabi had been due to go online in late 2017 but faced a number of delays that officials attributed to safety and regulatory requirements.

In 2009, a South Korean-led consortium won a US$20 billion contract to build four nuclear reactors in Barakah, 270 kilometers west of Abu Dhabi, in South Korea’s first export of its homegrown commercial atomic power technology. Last year, the South Korean consortium secured a five-year maintenance deal for the Barakah nuclear plant, including providing maintenance services and experienced manpower to Nawah Energy Co., the operator of the UAE nuclear plant. When fully operational, its four reactors have the capacity to generate 5,600 megawatts of electricity, around 25 percent of the nation’s needs. The remaining three reactors are almost ready for operation.

Amid a tense confrontation between Iran and the United States over Tehran’s nuclear program, the UAE has said it will not be developing a uranium enrichment program or nuclear reprocessing technologies. Qatar, the target of a boycott by Saudi Arabia, the UAE, and others since June 2017, last year said the Barakah plant poses a ‘flagrant threat to regional peace and environment’.

The UAE has repeatedly said its nuclear ambitions are for ‘peaceful purposes’ and moved to dispel any concerns over safety. It says it has welcomed more than 40 international reviews and inspection missions. 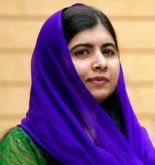 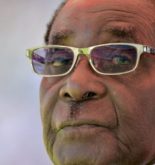