Eight policemen were killed in the encounter which broke out when police went to arrest Vikas Dubey in Bikaru, Kanpur yesterday.

Seven others, including a civilian, were injured in the attack from a rooftop on a police team after it entered Bikru village past Thursday midnight to arrest Dubey. As per the police, two of the aides of Dubey were also killed in the encounter.

The attackers fled, snatching weapons from the dead and the wounded policemen.

Promising that those behind the heinous crime will not be let off, the chief minister said a government job would be given to a member of each of the bereaved families besides extraordinary pension.

Stressing that the government was with the families, Adityanath said it would work to ensure that justice was done and those behind the crime were punished as per the law.

“Some of the weapons which the miscreants had fled with have been recovered. None of those responsible for this heinous act will be let off and the sacrifice of the slain policemen will not be allowed to go in vain. The brave jawans were killed while they had gone for carrying out a raid as part of their duty,” he said. 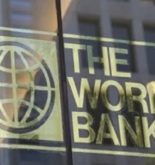