Mumbai: After the showdown between the Republicans and Democrats in the impeachment of US President Donald J Trump in February earlier this year, the fight has engulfed the Federal Election Commission (FEC). Barely five months are left for Trump as he seeks re-election in November and FEC Commissioner Caroline C Hunter (Republican) has sent her resignation letter to Trump taking pot-shots at her fellow Commissioner Ellen L Weintraub (Democrat) over her refusal to initiate investigation into the alleged violations by Trump committee in seeking contribution for elections and dismissing the plea altogether.

In a stinging one page resignation letter of June 26, Caroline C Hunter (49) who is to step down as Commissioner in Chair on July 3 has made some scathing observations about her own FEC fellow commissioner. Commissioner Hunter a law graduate was nominated to the FEC on May 6, 2008 by the then US President George W Bush.

In her resignation letter put out by the FEC on its official website, Commissioner Hunter remarks “As Commissioner, I fought to protect Americans’ First Amendment rights to free speech and association, and to administer the laws as written by Congress and interpreted by the courts, rather than as some wished them to be. I fought against unnecessary government regulations and unfair enforcement actions; to promote transparency and consistency in the FEC’s operations; and to ensure due process in its dealings with the American people. These battles were often hard won, and I am proud of our many accomplishments”.

She further states “The FEC would benefit greatly from new faces and fresh perspectives. It needs Commissioners who will respect the First Amendment, understand the limits of the FEC’s jurisdiction, and remember that Congress established the FEC to prevent single-party control, with every significant decision requiring bipartisan approval”.

Taking a swipe at her fellow FEC Commissioner colleague, Commissioner Hunter remarked “One Commissioner — who has served for more than a decade past the expiration of her term — routinely mischaracterizes disagreements among Commissioners about the law as “dysfunction,” rather than a natural consequence of the FEC’s unique structure, misrepresents the jurisdiction of the agency and deliberately enables outside groups to usurp the Commission’s role in litigation and chill protected speech. The American people deserve better”.

Her acerbic remarks aimed at her fellow FEC Commissioner came after Commissioner Ellen L Weintraub made certain observations over her ruling closing the file on Trump committee poll funding issue. The case before the FEC was titled “Donald J Trump for President et al – MUR7135.

After the FEC closed the file, Commissioner Ellen L Weintraub had remarked “My colleagues (Hunter) appear to have little interest in investigating any alleged violations by the Trump committee or its former campaign manager Paul Manafort. Contrary to our colleague’s assertion, we (FEC) always base our decision on the law and the information, or lack thereof, in the record – not the identities of the parties”.

During his election campaign, Donald J Trump had claimed to have funded his own election campaign in 2016. However, later on complainants Campaign Legal Center and Sandhya Bathija in their petition claimed that Trump acknowledged having solicited a $ 1 million contribution from a donor whose name he declined to publicly state. They had argued that Trump and his election management committee had solicited donations to the tune of six million dollars from Sheldon Adelson to the Super PAC (Political Action Committee) – Rebuilding America Now PAC.

Commissioner Weintraub had also hinted that Trump by asking foreign countries for help against Joe Biden violates the law. Special Counsel Robert S Mueller, III in his investigation report over the alleged involvement of the Russians in 2016 US Presidential elections had neither absolved nor blamed Trump of any wrong doings.

It was not the Trump case alone, Commissioner Hunter had also ruled to close a similar campaign funding case on August 30, 2019 against then Democrat presidential candidate Hillary Rodham Clinton for what she called “speculative complaints”. The allegation against Hillary Clinton’s PAC was that it had received an excessive in-kind contribution by swapping email lists with an unidentified independent group.

During her tenure as the FEC Commissioner (Hunter) the US Supreme Court in two cases and US District Court of Appeals, District of Columbia passed landmark judgments making it mandatory for candidates, PACs, Super PACs, political parties and independent groups to declare their source of funding.

The US SC cases Citizens United – vs – FEC, January 21, 2010, McCutcheon – vs – FEC, April 2, 2014 and US District Court of Appeals, District of Columbia in SpeechNow.org – vs – FEC, March 26, 2010. Moreover, the amendments to the election laws also prohibit candidates running for federal office to seek support in any kind externally. 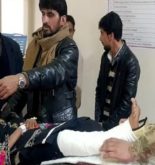