Kalidas Kolambkar, who had quit Congress and joined BJP will contest from Wadala.

Name of Ganesh Naik, stalwart from Navi Mumbai is missing from first list of BJP.

It was expected, Manda Mhatre will be dropped for Naik.

Rana JagjitSinh, former NCP leader has given ticket from Tuljapur in Osmanabad district by BJP

Jaykumar Gore, who had quit Congress and joined BJP will contest from Maan.

BJP has replaced Sardar Tarasinh from Mulund by Mihir Kotecha.

Mihir Kotecha had lost the 2014 assembly polls against then Congress candidate Kalidas Kolambkar from Wadala. 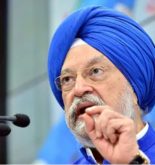