Mumbai: India is now home to 2967 tigers, about 70% of the world’s tiger population, registering a population, registering a 6% per annum rise since 2006, when the first tiger census was undertaken. The fourth cycle of India’s Tiger Census report released on the eve of Global Tiger Day on July 29 is believed to be world’s largest effort invested in any wildlife survey spread over 3, 81,400 sq Kms over 20 states.

The effort also got recognition from the Guinness book as the world’s largest wildlife camera trap survey with camera traps deployed in 26,838 locations over 620795 man-days across tiger reserves, protected areas, reserve and revenue forests in India. The effort was studied using 34,858623 pictures shot from the trap cameras including 76,651 pictures of tigers and 51,777 pictures of leopards.

The survey also looked at related factors like tiger prey base and status of habitat corridors. Union minister for Environment, Forest and Climate Change Prakash Javadekar noted: “The tiger signifies the health of the forest, their ecosystem, functions and services. Thus, despite all the odds, the population pressure, pressing demands of development and livelihoods, we have achieved this balance between modernization and conservation.”

Union minister of state for environment Babul Supriyo commended the fact that India had doubled its tiger population in 12 years (India had 1411 tigers in the first Tiger Census conducted in 2006), much before its set target year of 2022, as set by the global tiger recovery plan ratified in 2010 at St. Pittsburg, Russia. Maharashtra registered an estimated tiger population of 312 tigers, a healthy rise from 190 as registered in the last tiger census in 2014.

Incidentally, the exhaustive report on Status of Tiger Co-predators and Prey in India, 2018 also came up with unflattering view on the ground scenario in the six tiger reserves and other wildlife sanctuaries in Maharashtra.

It particularly noted how conservation efforts at the Sahyadri Tiger Reserves were threatened by the construction of dams and linear infrastructure, urbanisation and woody plantation on the natural Savannahs that could escalate loss of biodiversity in the region.

The report recommended restoration of good prey base there. It also noted concerns on the developmental projects and mining activity around the Tadoba Andhari Tiger Reserves. The report also noted concern on the increasing traffic on the state highways going through the Umred Karhandla Wildlife Sanctuary, Bhandara and said that expanding townships around this place had the potential to cause human-tiger conflicts as also to disperse the tiger population there.

At Yavatmal’s Painganga Wildlife Sanctuary, the report urged for conservation efforts due to innumerable mining projects and infrastructures coming up in the area that threatened the movement of tigers through this vital corridor. 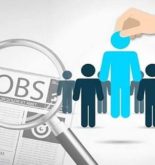