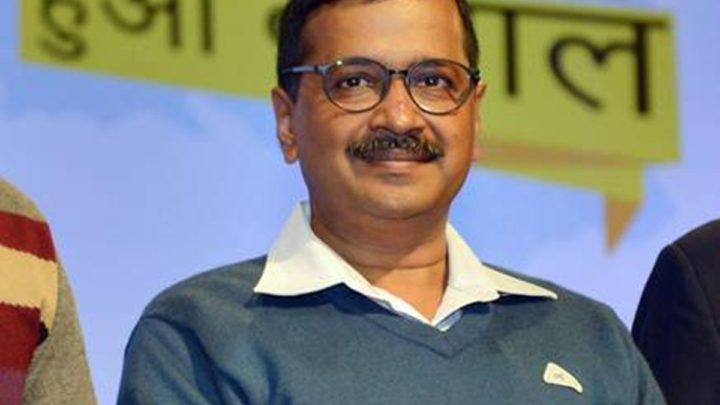 Thanks to Cong & BJP

Mumbai: If the Exit poll predictions are anything to go by, political experts in New Delhi predict the return of Arvind Kejriwal as the Chief Minister. Only thing that most predict that it might not be a clean sweep for the Aam Aadmi Party (AAP), as the voter polarisation due to the Shaheen Baug and Jamia Milia Islamia incidents might help the Bharatiya Janata Party a little bit in increasing its tally somewhat. The underlying sentiment has been that the Delhi voter has voted in favor of AAP, as Kejriwal has delivered on the freebies he had announced.

This time the polling percentage in New Delhi has dipped to 61.67 percent (tentative – as per ECI) as against the 67.47 percent in the 2015 assembly elections, a significant fall of 5.8 percent. In 2015, AAP had made a near sweep by bagging 67 out of the 70 seats, with BJP getting just 3 seats. This time around, political experts opine that the AAP might get anywhere between 50 to 55 seats, with the BJP getting the rest and the Congress once again drawing a blank.

Speaking to TheNews21, Gfiles magazine Editor, Anil Tyagi argued “in our issues at Gfiles have always maintained that Arvind Kejriwal and AAP are the B Team of the BJP. The BJP has a leadership crisis, after Modi who, certainly not Amit Shah. It will be Arvind Kejriwal”.

Also Read: Delhi Exit Poll: AAP to storm back to power, but BJP to make gains

The Gfiles Editor from New Delhi too admitted that Kejriwal has delivered on the promises he has made to the people and hence they have voted for him. Both the Congress and BJP have a leadership crisis and both do not want the other to get the power, he added.

When asked to comment upon the impact of the Shaheen Baug protests, Tyagi remarked “it was all stage-managed. From where was all the money coming from. Money even came from abroad. You will see tomorrow after the polls are over they will be promptly evicted. The BJP will gain by winning some seats in the process”.

Speaking to TheNews21, Ajeet Karn a senior journalist from Delhi stated that whatever the Exit Polls are predicting seems to be coming true. “Kejriwal as the Chief Minister has delivered on the promises he has made. Be it slashed electricity bills, dirt cheap water rates or free bus rides for women. Moreover, he has not differentiated between the end targets of his freebies. He has not differentiated between the poor and the rich which is why people have voted for him”.

Giving his own example, he said “I stay in NOIDA. I get a electricity bill of Rs 6,000 with frequent power cuts. Ten Kilometers away in Delhi my friends get a monthly bill of Rs 200 and there is no power cut there. Even if I use Generator during power cuts, it costs me Rs 20 per hour. People are least bothered about what happens to the economy, at the end of the day they want subsidized living”.

Asked as to comment upon the leadership both in the Congress and the BJP, Karn pointed out “Congress brought in someone called Sabharwal, a former NSUI office bearer, who no one in Delhi knows much about. Their only visible leader Ajay Maken is abroad. Rahul Gandhi and Priyanka Gandhi held two rallies each and one by Dr Manmohan Singh. At the fag end of the campaign, the Congress too seems to have pulled its weight behind the AAP as it did not want BJP to return to power”.

“For the BJP too, it has a leadership crisis as it does not have a strong local leader. Manoj Tiwari is native of Bihar and Delhi is not just about Bihari’s, there are Jats, Punjabi’s, Rajashtani’s and those from UP. The BJP might gain from the Shaheen Baug incident. Most importantly, the minority community will not waste its vote on the Congress and hence has voted for AAP. Secondly, Kejriwal and AAP maintained a safe distance from the Shaheen Baug protests refusing to take any harsh stand. The BJP too does not want the Congress to return to power and hence would prefer the AAP instead”.

On the issue of low voter turnout, both Anil Tyagi and Ajeet Karn pointed towards the fact that today the voting day was the second Saturday, that too a holiday. With a long weekend most of the people had already gone to nearby tourist spots. “You check the hotel bookings in Shimla, Dehradun and elsewhere, they will be full of tourists from Delhi. Just as people from Mumbai on poll day go to nearby Lonavala, the same happens here as well. Biggest mistake was to hold polling on a Saturday or the weekend. Had the polling been held in the middle of the week, things could have been different”, remarked Anil Tyagi. 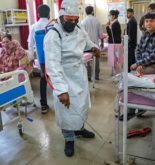 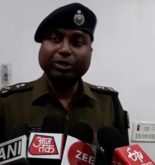