Did politicians sacrifice Mira Bhayander civic chief Chandrakant Dange for their own good?

Thane: Maharashtra government transferred Mira Bhayander’s Municipal (MBMC) municipal commissioner Chandrakant Dange on Tuesday, he was replaced by Vijay Rathod (IAS). Rathod was earlier posted as chief executive officer (CEO) of Gadchiroli Zilla Parishad. In a span of around nine years, the MBMC will get its ninth civic chief.

Dange took charge in February this year and within four months he has been transferred. Dange was known for his no-nonsense attitude and firm decision though; he was leaving no stone unturned to curb the Coronavirus in the twin city he was also on the target of some politicians and corrupt officers.

If reports are to be believed, Dange and Shiv Sena MLA Pratap Sarnaik had some issues.  Sarnaik did not leave any chance to attack Dange and his work. He blamed the civic chief for his poor work.

Chandrakant Dange also had issues with Mira Bhayander Mayor Jyotsana Hasnale, as per sources. Although the unlock started from June 1, but Jyotsana Hasnale wanted the lockdown to continue in the city. But Dange followed the state government orders and did not impose lockdown again.

He roped in many private hospitals and released an annexure in which charges for Corona treatment were fixed. However, if any hospitals charged above the fixed rate the complainant could file a complaint with the MBMC. A committee was formed by Dange to look into overcharging matter of over-charging private hospitals.

He even proposed many Covid hospitals in the city and the work is under construction. His work was praised by many people in the city. In his four months tenure, Chandrakant Dange did whatever he could to safeguard Mira Bhayander. 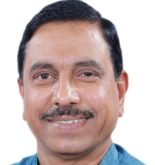