Mumbai: The decision on conduct of the final year examinations of higher education courses – professional and non-professional – has now turned into a battle between the Center and the state. Higher and technical education minister Uday Samant on July 9 pushed the ball back into the Center’s court by refusing to conduct exams and said he would urge state chief minister Uddhav Thackeray to pursue the issue with Prime Minister Narendra Modi and union Home Minister Amit Shah.

While the Bharatiya Janata Party (BJP)-led Center has been insisting on exams being conducted across the country, Maharashtra has emphatically refused to hold exams in state citing health concerns owing to spread of Covid-19 pandemic. The final year exams issue is now being viewed as a shadow boxing between the Shiv Sena-led Maha Vikas Aghadi (MVA) government and its former alliance partner and principal opposition party, the BJP.

The state’s decision to not conduct exams had earlier been opposed by the governor of Maharashtra, Bhagat Singh Koshyari, a BJP appointee, who invoked his position as chancellor of universities to insist on exams in Maharashtra. The BJP too had been consistent in seeking exams with BJP legislator Ashish Shelar tweeting consistently in favour of exams. Of the 34.5 lakh students in various higher education courses, the fate of about 8.5 lakh students in final year of courses is caught in a limbo, thanks to this Center- State wrangle.

About 25 lakh students, in various under-graduate courses have already been promoted by state with aggregate scores and are expected to receive their mark sheets in a fortnight, Samant told reporters on July 9. While Samant refused to get drawn into a political comment, he cast aspersions at how UGC chose to term exams mandatory soon after 13 vice-chancellors of non-agricultural universities in Maharashtra unanimously recommended promoting all students including those having Allowed To Keep Terms (ATKT).

Samant said that all ATKT students would be promoted and even grace marks provided, in case students are unable to clear exams with aggregate scores of earlier Semesters. In a letter to the UGC on July 7, Samant termed the UGC guidelines as advisory and not mandatory. He also criticised the Center’s flip flops on its exam policy, while granting leeway to decide on exams earlier and thereafter suddenly insisting that students be “compulsorily evaluated”.

The Higher and Technical Education Minister claimed that Maharashtra had decided to cancel exams in April itself and intimidated the UGC, but it failed to revert to state on it. “After months of not responding to our letters, the UGC suddenly wants us to conduct exams. Had they clarified their position on exams earlier, the Maharashtra government would have taken steps accordingly,” claimed Samant. His comment was cryptic: “people are well aware who is behind all this”. Samant insisted that degree certification and mark-sheets will not have any reference to special Covid-related concessions granted, to avoid adverse impact on their careers 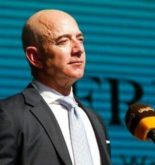 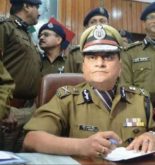