Former Chief Justice Ranjan Gogoi, who was nominated to the Rajya Sabha by President Ram Nath Kovind, takes oath as a member of the Upper House on Thursday. Gogoi on Monday was nominated.

He had headed the five-judge bench which delivered a landmark judgement in the 70-year-old Ayodhya title dispute case before he retired from the office of the Chief Justice of India (CJI).

Meanwhile, the other Businesses in Rajya Sabha on Thursday also include Bharatiya Janata Party (BJP) member Gopal Narayan Singh presenting a report of the department-related Parliamentary Standing Committee on Human Resource Development on the subject “Issues related to safety of women”.

Union Minister of Jal Shakti Gajendra Singh Shekhawat will also move the Dam Safety Bill, 2019 and seek to pass it.

The Bill provides surveillance, inspection, operation and maintenance of the specified dam for prevention of dam failure related disasters and to provide for institutional mechanism to ensure their safe functioning and for matters connected therewith or incidental thereto, as passed by Lok Sabha, be taken into consideration.

Bhupender Yadav will raise a discussion on the working of the Ministry of Law and Justice.

The House will also continue discussion on the working of the Ministry of Micro, Small and Medium Enterprises, which was raised by member T.K.S. Elangovan on Wednesday.

Partap Singh Bajwa will raise a discussion on the working of the Ministries of Rural Development and Agriculture and Farmers’ Welfare.-IANS news 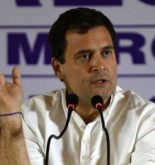 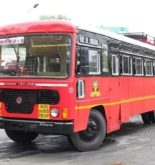 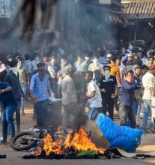