With Beijing realizing all the objectives of war through SARS-CoV-2 virus, foreign policy analysts exhort India to forge informal, strategic alliances with nations and architect a security framework in the IOR as drum beats of the cold war against China echo across the globe

New Delhi:  As the world continues to be grappled with the novel coronavirus (COVID-19) pandemic, China strives to find an opportunity in the disarray. In attempts to reshape the international order, Beijing’s leadership weaponized the virus to fit its long-term authoritarian and strategic quest for total dominance.

The outbreak of Covid-19 pandemic in China subsequently has had negative cascading of effects on Beijing. Because of this the subcontinent is all set to be a bellwether of the challenges that are set to dawn and ways need to be found to strengthen international cooperation.

Thus, with an impetus for global cooperation against the pandemic and China – foreign policy analysts speaking at a webinar jointly organized by the Janseva Shikshan Mandal and Mumbai University’s Department of Civics and Politics projected ways for India to knit closer ties with nations on aspects of science and technology, defense, and maritime security.

Suggesting that weak domestic political and economic influences have blunted the edge of New Delhi’s foreign policy, Professor (Dr) Dilip Mohite, the former Dean of the Department of Political Science, University of Baroda called for some aggression in India’s external outlook.

“Social cleavages since 2007 have weakened and toned-down India’s foreign policy. China is 10 to 15 years ahead of us both in military and economic capabilities. The leadership needs to set realistic goals if India is to succeed and progress,” Mohite said as he lashed out on the failure of the government to stop the economic dwindle accelerated by the pandemic.

Training his guns on think-tanks, academicians and media for fueling the diplomatic fiasco between India and Nepal over the disputed border territory, Dr. Uddhab Pyakurel from the Kathmandu University advocated strong bilateral relations between the Himalayan neighbors, if both nations seek to counter China.

“India is Nepal’s largest development partner. The perception that Nepal was tilting towards China was enforced by media, promoted by think-tanks and never countered by academicians and scholars,” Dr. Pyakurel said while also holding the diplomatic diaspora on both sides of the border accountable for the recent friction.

He called for a better and deeper study of disputed issues between the two nations. While rejecting any involvement of China – using Nepal as a pawn to flare up the latest cross-border jabs, the Nepalese foreign affairs expert proposed proactive dialogues between the two governments. “Through diplomatic channels and advocacy groups – communication between India and Nepal must always take place. Dialogue from New Delhi should not stop or be tailored just because Kathmandu also talks with Beijing,” Dr. Pyakurel added.

Insisting that India has an upper-hand over China as a new Cold War-like situation unfurls amid the outbreak, Dr. Rajiv Ranjan from the College of Liberal Arts, Institute for Global Studies, Shanghai University, exhorted New Delhi to maximize its strategic interests in the region. A polymath on China – Dr. Ranjan said that Beijing scholars are already treating these times as a cold war in a bipolar world.

“Post-pandemic the conflict between the West and China will intensify. China will see it bipolar as it rules out multilateralism – which is an advantage for them. There have been no fundamental or radical changes in India’s relation with China, the past policies will continue. However, India’s neighborhood policy should be independent of any power game in the region to win over its neighbors but to formulate a common strategy under a multinational initiative, like SAARC, to bring shared prosperity in the region,” Dr. Ranjan said.

While, advocating a multipolar approach for India’s foreign policy, Professor (Dr.) Arvind Kumar, Head of Department of Geopolitics and International Relations at Manipal University claimed that the new formulation could be a tight-rope walk for New Delhi.

“There is definitely an advantage for India, but we will have to find new mechanisms. We must first resolve internal issues like left-wing political spectrum, extremism which affects our external approach. The difficult part to realize new foreign policy goals, as they will alter relations with some nations,” Dr. Kumar said.

Attacking China on its mishandling of the pandemic, Dr. Kumar said that Beijing is realizing all the objectives of war through the SARS-CoV-2 virus. From taking lives and demolishing economies, the pandemic is an extension of China’s expansion game plan, he added.

“In such a situation, the definition of our national security will change in regards to Pakistan and China. We are at a pivotal position in South Asia – as we have risen from a middle power to great power. Thus, maritime dominance is an important feature of the success of our foreign policy. India must weave security architecture in the Indian Ocean Region (IOR),” he said while adding that New Delhi leadership under Prime Minister Narendra Modi has never allowed proliferation of any technology, always showing maturity and restrain.

Meanwhile, Professor (Dr.) Aswini Mohapatra, the Dean of the School of International Studies at the Jawaharlal Nehru University criticized China for its blatant and brazen use of technology.

“The Wuhan virus was set to break nations. China will never accept its responsibility as it attempts to project itself as a victim than a culprit. Beijing started with a map of global dominance through the pandemic and now is canvassing a story to fit it. Their aim to rejuvenate China – meaning to establish Beijing’s dominance on the world,” Dr. Mohapatra said.

Speaking on New Delhi’s relations with the Middle-East, he pointed that for the first time in almost two decades, the Indian leadership expanded their horizons, seeing the region – which they conceptualize as West Asia – in strategic terms. He said that under PM Modi, India evolved its ties with its regional trading partner into security and defense cooperation.

“However, the fragmented nations in West Asia will continue to pose problems for Indian diplomacy. India will have to take the multipolar approach here in the coming years as it sets sight to rise in the globe post-COVID era. There are too many actors in the region, thus one should look at informal alliances with all,” Dr. Mohapatra suggested. 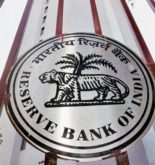 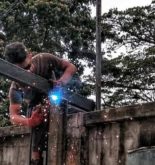