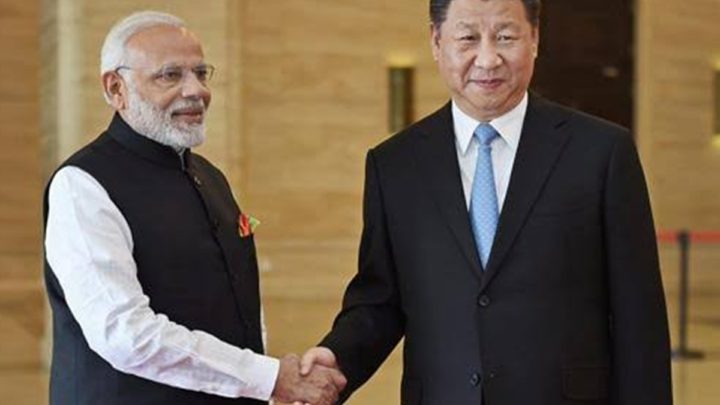 Mumbai: It is the baggage of the 1962 Indo-China war, that still casts a long spell of 57 years of mistrust that will not go away easily even after 22 rounds of bilateral talks to resolve outstanding border dispute. By the end of this month, Chinese Foreign Minister Wang Yi  to hold talks with National Security Advisor (NSA) Ajit Doval on the boundary issues between the two countries, sources said. During the visit, Wang is expected to also hold talks with External Affairs Minister S Jaishankar and call on Prime Minister Narendra Modi.

Of these many state’s, China shares long border boundaries with India, Kyrgyzstan, Mongolia, Russia, North Korea, Vietnam, Myanmar and Nepal. China has always tried to be a bully and establish its hegemony in Asia and South-East Asia, using both its economic and military strength. Having armed conflicts or stand-offs at these many borders, or some of them is not a good idea, even if you have one of the largest armies in the world.

Although both the countries have emphasized on maintaining peace and tranquility at the border and stressed that the boundary question should not affect the overall development of the bilateral relationship, things will not be the same at least for India. That is until India’s 1962 generation and its subsequent generations do not shrug off that albatross hanging round their necks and stops being in awe of China.

Most of the research and opinion on China, still centers on that belief, a spin-off of that 1962 war that China is too big in size, it’s powerful than us – economically and militarily as well and that you simply cannot do away with that lopsided trade deficit in favor of China. Well there are soft underbellies also with China which can be exploited to leverage and keep the Chinese Dragon in check.

China may not recognize the Macmohan Line drawn in 1914 that defines its borders between India and Tibet as it claims it was not signatory to the Simla Agreement. It is in illegal occupation of portion of Jammu and Kashmir and Aksai Chin. China could do little more than lodge a murmur of protest as India abrogated Article 370 and Article 35A that granted special status to Jammu and Kashmir.

It is not that China has been illegally staking claim over Indian state of Arunachal Pradesh, besides Doklam, it is also claiming part of our territory in Uttarakhand. India too has been staking claim to Mount Kailash Mansarovar in counter to China’s claim over Twang in Arunachal Pradesh. China has a lot to answer in terms of its illegal occupation of Tibet and Aksai Chin. And following the abrogation of Article 370, its illegal occupation of parts of J&K too has become untenable in the International Court of Justice. China has even been staking claim over Taiwan too.

Things have begun to move as following in the footsteps of the US, India too has begun raising tariff barriers on Chinese imports, making them costly. The 73 day long military stand-off at Doklam bordering Bhutan has had its sobering effect on the Chinese. That is the effect of having a strong and stable national government which can engage into an eyeball to eyeball confrontation without blinking first. Otherwise, even a tiny ant can threaten an elephant.

It’s recent support to Pakistan to rake up the abrogation of Article 370 at the United Nations has fallen flat. Neither could it for too long hold on to its technical hold at the UN and had to finally give in to declaring Masood Azhar, as a global terrorist, currently holed out in Pakistan. The image that it supports rogue elements or state’s like Pol Pot in Cambodia, Kim Jong Un in North Korea or prop up military dictators in Pakistan is not going down well internationally. It is increasingly finding hard to resist granting permanent seat to India at the UN Security Council.

The soft underbellies of China are many, be it – Aksai Chin, Tibet, Hong Kong, Taiwan, Vietnam, Japan, Russia and USA. Besides, this it has the ethnic Uyghur minority Muslim population in its Xinjiang Uyghur autonomous region. It is one of the 56 ethnic minority groups that China recognizes. China may have brutally crushed the 1989 Tiananmen Square agitations, but it is now finding it hard to contain the democratic aspirations of Hong Kong, a former British colony till 1997. Moreover, China has banned the entry of Google, Facebook, Twitter and other US based social media platforms into its own territory.

The best versed with the Chinese, have been the Vietnamese who besides fighting off the US, have fought three wars with the Chinese, the last one over Cambodia in 1978-79. Indonesia has allowed Indian Navy to set up a naval base at its Sabang port which is at the entrance of Strait of Malacca that overlooks the region between Sri Lanka, Maldives and Malaysia. India has been arming the Vietnamese and many South-East Asian neighbors of China with the Brahmos missile.

Although China does run a surplus trade deficit of 63 billion Dollars against India, it must be borne in mind that majority of India’s imports from China are in the form of Mobile Phones, electronic goods, Television sets, sound recording systems, electrical goods, chemicals, plastic, photographic and medical equipment’s. Following the Doklam stand-off the slightest talk of boycotting Chinese goods by Indians had rankled the Chinese no ends.

The dirt cheap imports, thanks to its cheap labor force may soon be a thing of the past, as this cheap labor force born out of its “One Child” norm, is turning old and the younger labor force is demanding better pay packages. Already, companies are shifting production bases to Vietnam, Malaysia, Bangladesh, Sri Lanka, Philippines and where they can find cheap labor. The spying controversy over Chinese Tech giant Huawei foray into 5G mobile telephony makes the Chinese cry foul every time there is an attempt made at its jugular.

Another attempt at bullying its Asian neighbors like India is getting access to Gwadar port in Pakistan, Djibouti port, Hambantota port in Sri Lanka, Kyaukoya port in Myanmar, Payra and Chittagong port’s in Bangladesh. It must be borne in mind here, that beyond the South China Sea, China does not have direct access to Bay of Bengal, the Indian Ocean, and the Mediterranean Sea.

Majority of China’s oil and fuel supply by sea is through the Indian Ocean, where it is well aware of the might of the Indian Navy. That is why India has invested its stakes in the Iranian port of Chabahar which is close to Pakistan’s Gwadar port and overlooks the Strait of Hormuz, an oil supply route for China. Unlike India, China is yet to have its own aircraft carrier and a blue-water navy that goes beyond its shores.

That is why has invested heavily into the China-Pakistan Economic Corridor (CPEC) part of its allied One Belt, One Road (OBOR) Initiative or better known as BRI that runs through disputed Aksai Chin and Pakistan Occupied Kashmir (PoK). Slowly countries like Sri Lanka, Bangladesh, Myanmar and many African countries are realizing the dangers of China’s loan and debt trap as China seeks to mortgage their national assets to recover its loans.

Be it India’s claim over PoK, the Doklam stand-off, Masood Azhar episode, Sabang port, raising trade barriers on Chinese imports and recent diplomatic bloody noses it has got at the UN, it does seem as though India has the measure of Chinese weak spots. For China, the economic costs of a prolonged stand-off with India, outweigh military ones. Has India caught the Chinese Dragon by its tail? Only time will tell and how well India stands up to Doklam like stand-offs in future. 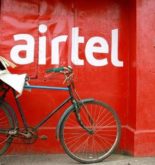 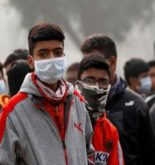