New Delhi:  Making borders redundant, the novel coronavirus (COVID-19) pandemic continues to alter the geopolitical landscape. While on one hand, the outbreak has exacerbated the economic muscling between nations, on the other hand, it is creating a shift in multilateral priorities towards global development. Despite the domestic issues, New Delhi has stood out for its globalism – extending supplies, medicines, and relief funds to an array of nations – amid the outbreak.

As India paces from prioritizing goals in its foreign policy decisions to realigning diplomatic interests – foreign affairs experts speaking at a webinar jointly organized by the Janseva Shikshan Mandal (JSM) and Mumbai University’s Department of Civics and Politics claimed that the outbreak a global health adversity provides a geopolitical advantage for New Delhi.

In his keynote address Professor (Dr.) Madhav Das Nalapat, UNESCO Peace Chair and the Director of the School of Geopolitics at Manipal University said that the pandemic while seeding tension between superpowers of the world has availed India a great opportunity.

“The virus has exposed the friction between China and western powers. India must make use of this opportunity and secure a security alliance against Beijing. This alliance should be made and used as deterrence against a possible military confrontation with China,” Dr. Nalapat said.

In a scathing attack on China’s aggressive territorial expansion policy, Dr. Nalapat voiced it is a high-time that New Delhi rebukes Beijing’s attempt to feature Sikkim and Arunachal Pradesh in its political map. “We must tell China to forget these two regions. Beijing must treat the true Line of Actual Control as the border, not the encroached one,” he said while stressing that a similar modus operandi should be utilized to reclaim the parts of Kashmir – Gilgit-Baltistan – occupied by Pakistan.

Underlining the importance to secure its strategic interests in the brewing Cold War-like situation created by the pandemic, Professor (Dr.) Dattesh Parulekar of the Goa University canvassed three pillars of the Indian foreign policy.

According to Dr. Parulekar, India must primarily ensure its national economic development, while steadily augmenting capacity in the Indian Ocean Region (IOR), and deftly integrate New Delhi’s position in the global governance matrix.

“India has shown great dexterity in its foreign policy and has excellently been an exponent of multi-alignment. The nation must strike equilibrium in the two-opposing axis of the world,” Dr. Parulekar said. Underscoring China’s technological transformation, he cautioned over the disruptive capability of Beijing under President Xi Jinping. He added that China, even while battling the infection, eyes the IOR for and has already started invading maritime borders through unmanned underwater drones.

Turning a new page in the two-hour-long discussion, Professor (Dr.) Manish, Dean of the Centre for International Politics at the Central University of Gujarat, focused on the implications of the COVID-19 crisis for investments in the renewable power sector. While asserting that the full economic effects caused by the virus are still in its infancy phase, he pointed out that the non-renewable energy province was one of the worst-hit sectors.

“Thus, India should now emphasize to support clean energy transitions, as well as to explore new opportunities for international co-operation and collaboration. Resilient clean energy systems are vital for India’s sustainable energy future, but they need much greater investment,” he said.

Targeting the World Health Organization for failing to play a central role in tackling the pandemic, Dr. Manish said that weakened global governance leads to a failed international mobilization against China.

“Beijing operates on the policy of opacity, which is driven by technocratic objectives and implemented under conditions of bureaucratic fragmentation. This pandemic has exposed vulnerabilities of western nations, and China will continue to pose a challenge for them as well as for other Asian countries,” he added.

Meanwhile, former legislative assembly member and Chairman of the JSM Gotiram Pawar commended the economic policy changes started by the government to lure international companies moving out of China. “The strategic policy measures are very well placed by the New Delhi leadership. This will ascertain domestic economic growth – China’s loss translating to India’s gain,” he said. 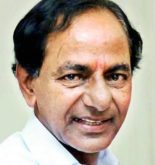 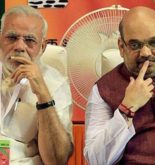